Bukit Besi not just mining history, but a cosmopolitan village in 1929 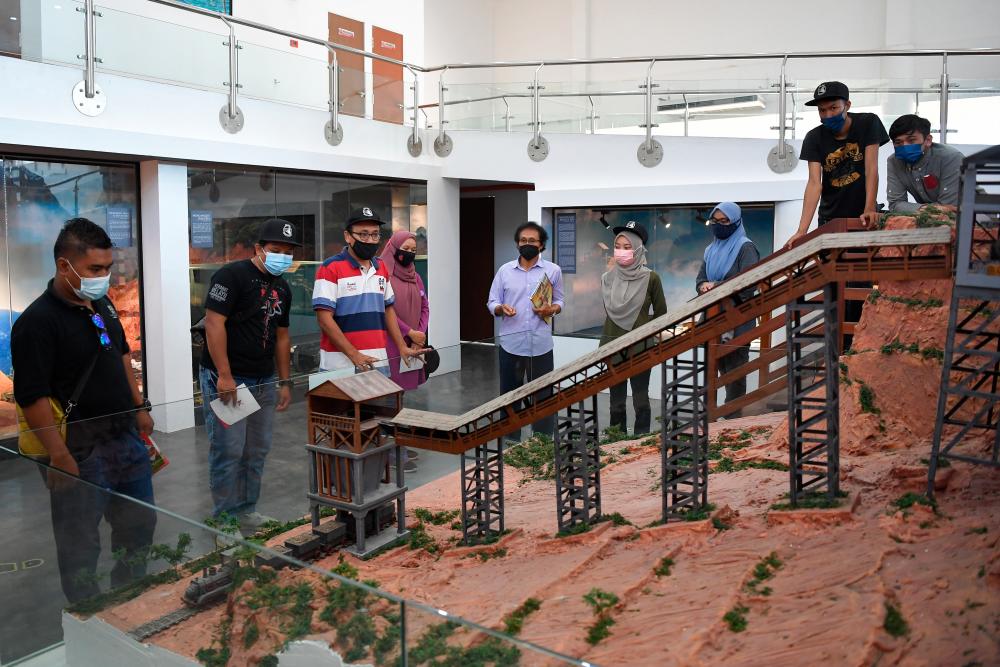 DUNGUN: The history of mining in Bukit Besi not only reflects the legacy of the colonialists in the socio-economy of local inhabitants, but also the existence of an international community in the country since 1929.

The honorary secretary of the Malaysian Historical Association (PSM) of the Dungun area, Wan Mohd Rosli Wan Ngah said that during its heyday, this enclave was inhabited by citizens of Britain, America, Canada, Australia, Holland, Germany, South Africa, India and China.

According to him, the needs of a cosmopolitan community meant that Bukit Besi was built up with modern facilities including the first swimming pool in Malaysia, with diving board, in the 1950s.

“Bukit Besi was the pulse of economic growth of the country, notably in Terengganu when a Japanese company, Kuhara Mining Limited, was licensed by the state government to embark on mining activities in May 1930.

“It operated round the clock and the workers’ residence was equipped with multifarious facilities including a railway station, school, police station, hospital and a cinema. All these materialised when a British company, Eastern Mining Metal Company (Emmco) took over mining operations from 1950. At that time, Bukit was on par with Kuala Lumpur and Singapore,“ he told Bernama in conjunction with the opening day of the Bukit Besi Museum yesterday.

Wan Mohd Rosli said that as a tribute to the glorious backdrop in the rich history of the iron ore mining industry, he and 130 members of the association industriously compiled evidence and information as the historical collection would stand as a reference for the future.

Following that initiative, a mining gallery was established at the Central Terengganu Development Authority (Ketengah) Bukit Besi branch in 2002.

“Since then, efforts were ongoing until the culmination of the Bukit Besi Museum with a photo exhibition of past inhabitants and mining machinery, including demographic data of foreigners born there.

“Which is why we expect this museum to attract not just Malaysian citizens but also descendants of foreigners who have a sentimental attachment to Bukit Besi. Hence even now, hoardes of the next generations from Canada, Australia and the United States are frequent visitors who come to walk down the memory lane of their parents and forefathers who worked the mines,“ he said.

Queried on the challenges of accumulating historical artefacts, he said they not only had to trace former workers living in Bukit Besi but also to find their present beneficiaries.

He added that while some equipment on exhibition were purchased from the original inhabitants and their heirs, others were donated by descendants of the expatriates from Canada and Australia as mementos to be immortalised at the museum.

“The exception is an elusive artefact, the old locomotive used at Bukit Besi. It was immensely difficult to find this train as the centrepiece of the museum. It is a symbol of the glorious era and growth of land transportation which resulted in the Bukit Besi railway line to Dungun port (for shipping),“ he said.

Elaborating, Wan Mohd Rosli said visitors to the museum can enjoy free admission until further notice. Visitors will be enlightened on mining operations from start to finish, how iron ore is mined and exported overseas.

Meanwhile, several visitors met by Bernama admitted to being fascinated with the nostalgic life of the past and appreciated the government’s earnest commitment in erecting the museum.

Wan Mohamad Hazman Wan Ramli, 51, said the museum is living proof of the hardy generation who survived the rigours of working under the patronage of a foreign company in post-war conditions of that time.

“The present generation, notably Terengganu natives, should heed the lessons of their ancestors to brace themselves for better endeavours in the future,“ he said.

For Fatimah Tambon, 67, who once lived with her husband working in Bukit Besi, the very existence of the museum brings back sweet memories because it was a very modern settlement of the time and took pride of place.

“It was the starting point of a better quality of life because the mining company was passionate about looking after our welfare.

“The chance to be part of the Bukit Besi community changed our life as a family because we became more positive-minded and big-hearted as a result of assimilating the values of people from various countries,“ she said.-Bernama