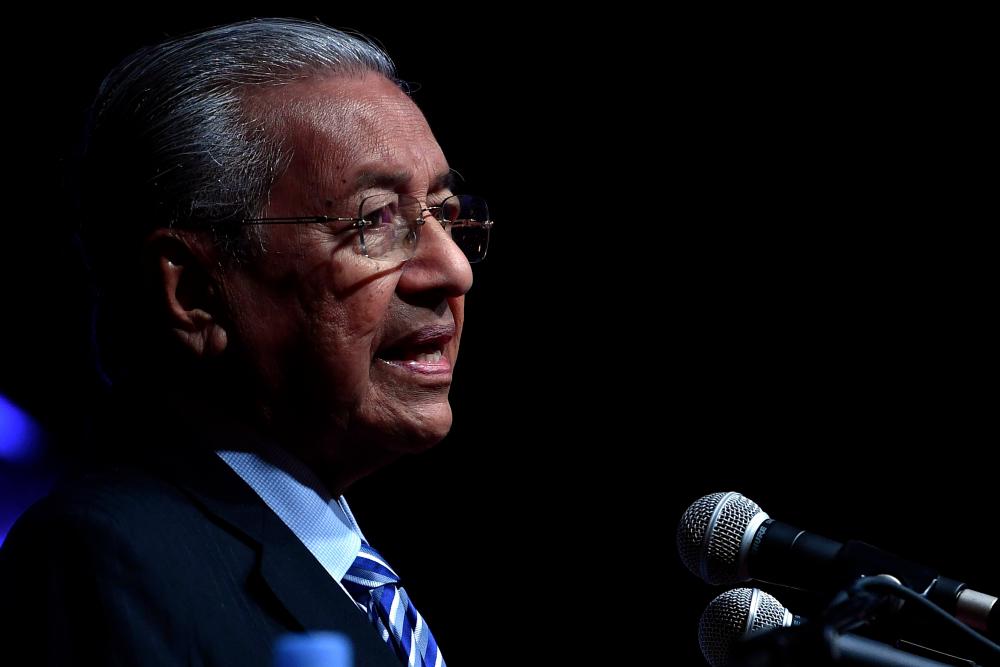 “We discussed ways how to reduce the haze,” he told the media when met at Binary University College’s 35th anniversary celebrations here last night.

Dr Mahathir was also asked about the statement by Indonesian Environment Forestry Minister Siti Nurbaya Bakar, who said that the haze in Malaysia was caused by its own forest fires.

“That’s her comment, so we can’t say anything,” the premier said.

The country has been hit by haze since Sept 5, a situation that has been worsening by the day, to the extent that schools in Sarawak have been ordered to close temporarily.

According to a Department of Environment (DOE) statement today, the fires in Sumatera and Kalimantan, Indonesia were causing transboundary haze and the rise in the Air Pollutant Index (API) in the west coast of Peninsula Malaysia and western Sarawak.

“He was my good friend, I am sad but he has been ill for some time,” Dr Mahathir said.

Dr Mahathir said he would not be able to pay his respects as he needed to attend another event tomorrow.