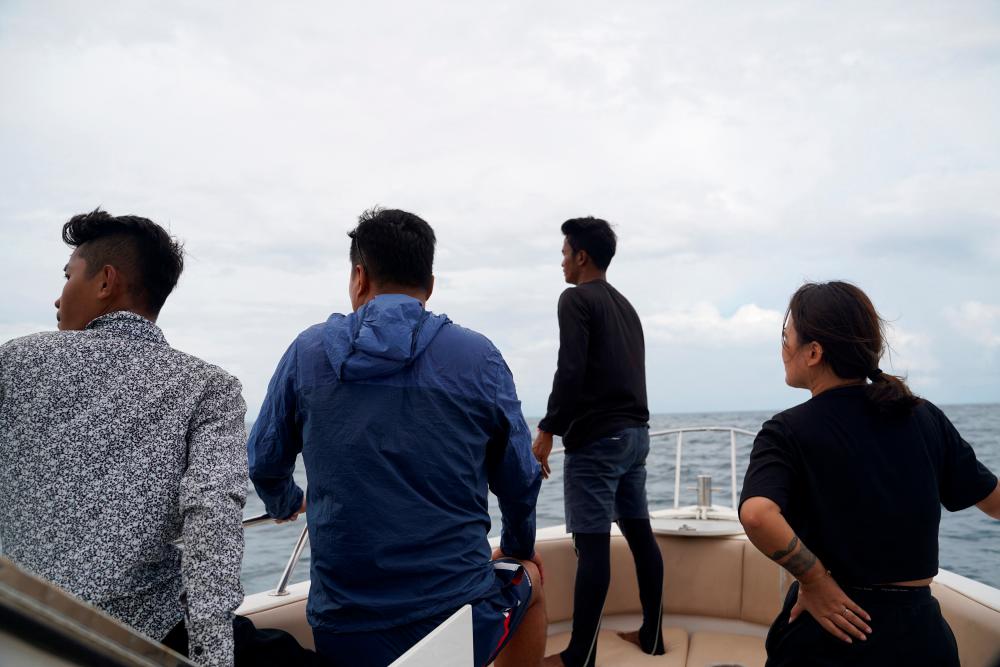 Volunteer rescuers search in the sea for survivors close to the location where a boat carrying Chinese nationals sank off the coastal town of Sihanoukville, Cambodia/REUTERPix

PHNOM PENH: Cambodian rescuers were still searching on Saturday for at least 10 missing Chinese nationals after a boat with more than 40 people on board sank near islands off the coastal town of Sihanoukville, the provincial government said.

At least one body has been found, and there were reports that Vietnamese authorities had rescued nine people, the Preah Sihanouk Provincial Administration said on its Facebook page.

Vietnam's Mot The Gioi newspaper reported nine people had been rescued late on Friday off the Vietnamese island of Phu Quoc, citing authorities there.

Authorities said the boat sank early on Thursday off the town of Sihanoukville, popular with tourists and gamblers.

It was not clear what caused the boat to sink. Authorities have been questioning survivors, who were taken to a nearby island.

The provincial government has given no details about the identity of the Chinese nationals, and it was not clear if any Cambodians were among those rescued or the missing.

Cambodia is popular with tourists and business people from China but many Chinese people have been unable to travel over the past couple of years because of Chinese Covid-19 restrictions.

One of the survivors, 27-year-old Chengui Sheng from China's Fujian province, told authorities the boat had been carrying 41 people, including three women, the provincial government said.

Sihanoukville is home to several casinos and the town has in recent years also seen police raids on suspected cybercrime operators, some with links to China, police have said. -Reuters 5.Ewon honoured to be part of Anwar’s Cabinet