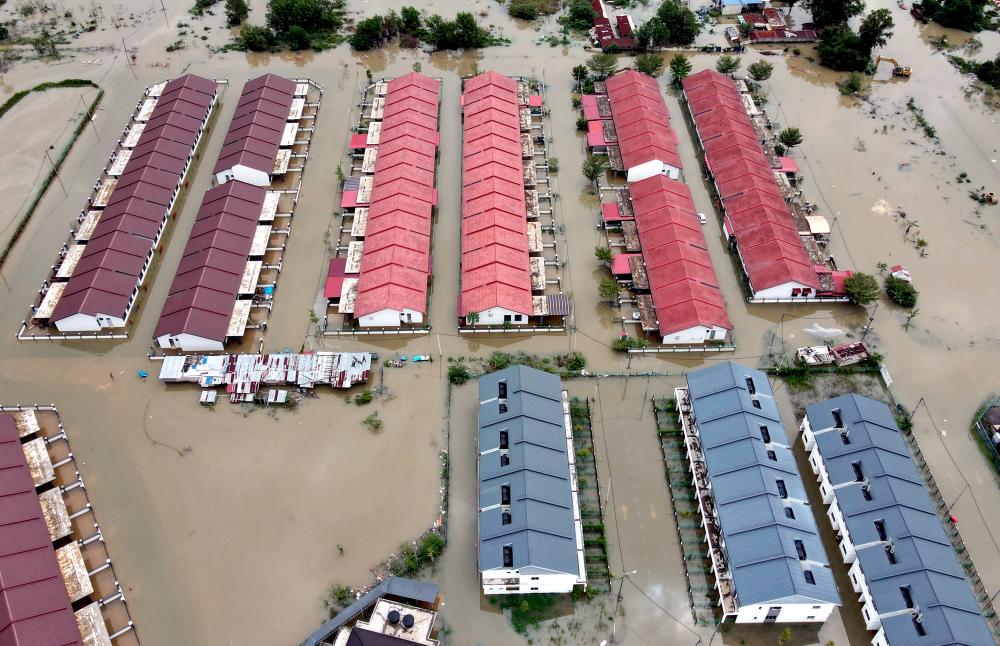 Climate change has been frequently blamed for flooding in many parts of the world. – BERNAMAPIX

PETALING JAYA: Almost seven years since the Paris agreement was signed in 2015 and Malaysia joined 195 countries in a pledge to reduce carbon emissions, there has yet to be any legislation compelling industries to tackle climate change, say environmentalists.

Environmental Protection Society Malaysia president Nithi Nesadurai said an initiative to table legislation on carbon emissions in Parliament was put forward by the Pakatan Harapan (PH) administration soon after it came to power in 2018.

“Then energy, science, technology, environment and climate change minister Yeo Bee Yin indicated it would take two years for the Bill to reach the Dewan Rakyat.

“However, the PH administration’s fall two years ago effectively ended the initiative,” he said.

In 2019, the UN Conference on Trade and Development noted while the per capita global gross domestic product had nearly tripled since 1960, carbon emissions had quadrupled in the same period.

According to the report, Malaysia was among the top 30 carbon emitters from 1990 to 2019, when in that year, it accounted for eight tonnes of carbon emissions, putting it in 14th place.

The UN Climate Change Conference in Paris reached a breakthrough on Dec 12, 2015 with the historic Paris Agreement, under which Malaysia pledged to reduce its carbon emissions to 35% of its 2005 level by 2030. It has less than a decade to meet this target.

However, Nithi told theSun that Malaysia is unlikely to meet the target as vehicles are among the highest contributors, accounting for 35% of total carbon emissions.

He said any new legislation on carbon emissions should be separate from the Environmental Quality Act 1974 (Act 127).

Environmentalist and EcoKnights vice-president Amlir Ayat said almost every product that we use in one way or another contributes to carbon emissions, including using plastic bags and electricity.

“However, the priorities should be on fossil fuel-based energy consumption. Energy saving or energy-efficient devices should be made a priority, including the use of solar energy.”

He said public awareness on reducing carbon emissions is still low and it is best to educate youths on this.

“A focused and motivational education should be made available for the public and in schools. The awareness level is still superficial despite the disastrous and tragic consequences of climate change.”

Amlir said economic incentives are effective but should include staggered energy billings, especially for industrial players. Thus, the government should tap as much renewable energy as possible, which is sufficient to provide energy for the entire country.

“Independent power producers’ contracts should not be continued once their terms have ended.”

On a more positive side, he said the government had introduced measures to curb a further increase in carbon emissions through the National Policy on Climate Change, with programmes such as Low Carbon Cities 2020 and Low Carbon City Grants, both of which come under the Environment and Water Ministry.

Harvard University climate expert Lucas Varga Zeppetello recently said millions of people in the tropics could be exposed to dangerous heat for half the year by 2100 even if humanity manages to meet climate goals.

“There’s a possibility that if we don’t get our act together, people are going to be over-exposed to these extremely dangerous temperatures in a way that we just fundamentally haven’t seen,” Zeppetello was quoted as saying in an interview with AFP.

Zeppetello said researchers estimated that there is only a 0.1% chance of limiting global average warming to 1.5°C by 2100, meaning the world is likely to reach 1.8°C by 2050.

In 2100, the researchers found, the most likely global average temperature rise would be 3°C, which Zeppetello described as “nightmarish” conditions for many people.