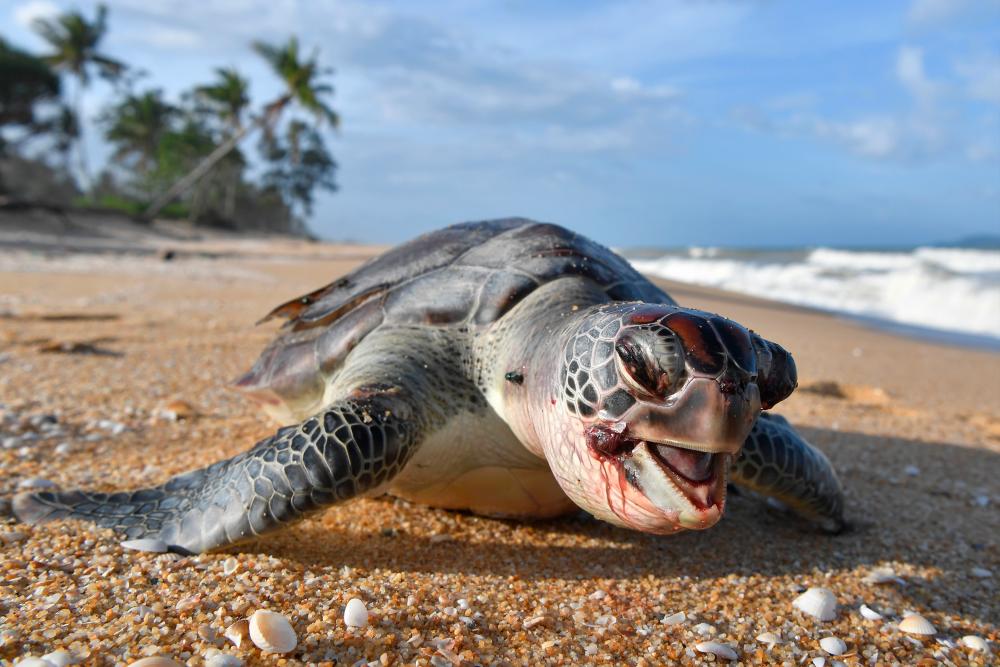 KUALA TERENGGANU: A juvenile Green turtle was found dead believed to be due to plastic ingestion on Pantai Pulau Kerengga near Marang this morning.

“Three previous deaths were of adult female Green turtles trapped in nets. The first case was found on Jan 3 at Pantai Penunjuk, near Kijal in Kemaman followed by the second case at Pantai Seberang Takir, Kuala Nerus yesterday,“ he said when contacted here.

He said a third case was also reported yesterday at Chendering Port here.

According to Ruzaidi, 51 cases of turtle deaths were recorded by the department in 2021 and he advised the public to immediately contact the nearest District Fisheries Office or 03-88885019 if they find alive or dead turtles.

Meanwhile, the man who found the carcass of the turtle, Mohd Afendy Abd Aziz, 41, said he stumbled upon it while walking on the beach with his son.

“This is the first time I came across a turtle carcass and I didn’t know what to do, so, I took a video and photos before uploading them on Facebook. Soon after that, I was contacted by Fisheries Department officer who wanted detailed information about the turtle for further action,“ he said.-Bernama