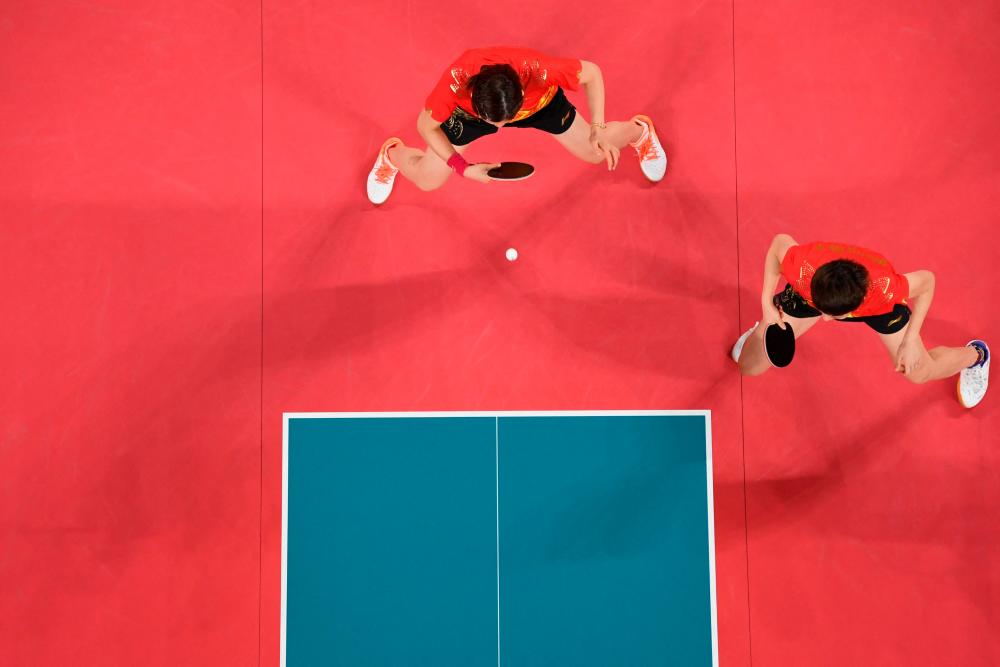 The victory at the Tokyo Metropolitan Gymnasium has extended China's record against Japan to 16 straight wins, and made the all-time leading outfit the only one with a title-winning feat since the team event was introduced to the Olympic program in 2008.

This silver is also the third Olympic medal for the Japanese women's team, after silver in 2012 and bronze in 2016.

Despite losing an intense first set, Chen and Wang regained their momentum from there, largely thanks to their precision in long rallies and better connection.

In a repeat of the women's singles semifinals, China's Sun Yingsha once again emerged the winner against Mima Ito in a much-awaited clash between the two hopefuls 11-8, 11-5, 3-11, 11-3.

Wang, in place of reigning world champion Liu Shiwen before the team event kicked off, stepped on the court again in the third match, before whitewashing Hirano 11-5, 11-9, 11-3.

Earlier in the day, Hong Kong claimed a bronze medal after upsetting Germany 3-1, its first Olympic medal in the team event.-Bernama

Zii Jia world-class but not consistent yet: Rashid Sidek

3.UK says will beef up on MPs’ security after MP killed

5.No decision yet on extending electricity rebate to next year: Takiyuddin