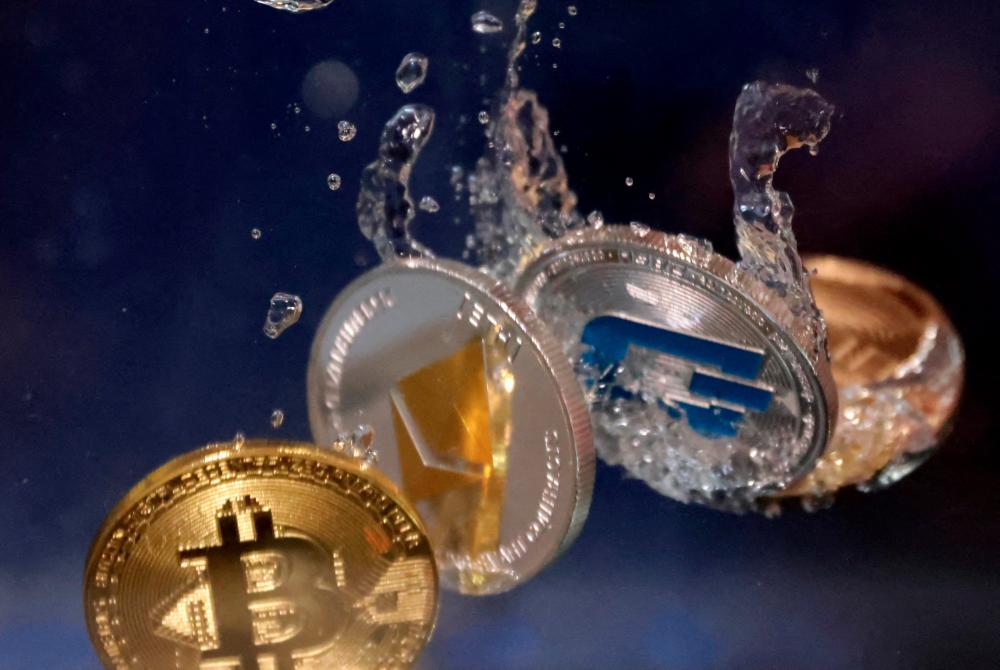 Representations of cryptocurrencies bitcoin, ethereum and dash are shown plunging into water in this illustration. – Reuterspix

BENGALURU: Coinbase Global Inc reported a larger-than-expected quarterly loss as investors worried by this year’s rout in risky assets shied away from trading in cryptocurrencies, sending its shares down 6% after the bell on Tuesday (Aug 9).

Trading volumes at the cryptocurrency exchange more than halved to US$217 billion (RM967 billion) in the second quarter, with retail participation sinking 68% and institutional trading falling 46%.

Coinbase said it expects trading volumes to fall further in the current quarter, underscoring the turmoil brought to the sector by the collapse of certain crypto ventures and a broader selloff in financial markets.

That downturn has sent bellwether bitcoin 50% lower in 2022, forced several companies including Coinbase to cut jobs and raised fears of a drop in interest from small traders.

“Coinbase did not see a mass migration off its platform during the quarter, but its users are becoming more passive in their cryptocurrency investing,” said Michael Miller, equity analyst at Morningstar Research.

That could be a material drag on Coinbase’s earnings as the company generates most of its revenue from trading fees, Miller added.

Adjusted loss was US$4.76 a share in the quarter, compared with the US$2.65 expected by analysts, according to Refinitiv data. Revenue fell 63%, missing market expectations.

Even though operating expenses surged 37%, the company lowered its annual expenses forecast for technology, development and administration to between US$4 billion and US$4.25 billion, from US$4.25 billion to US$5.25 billion.