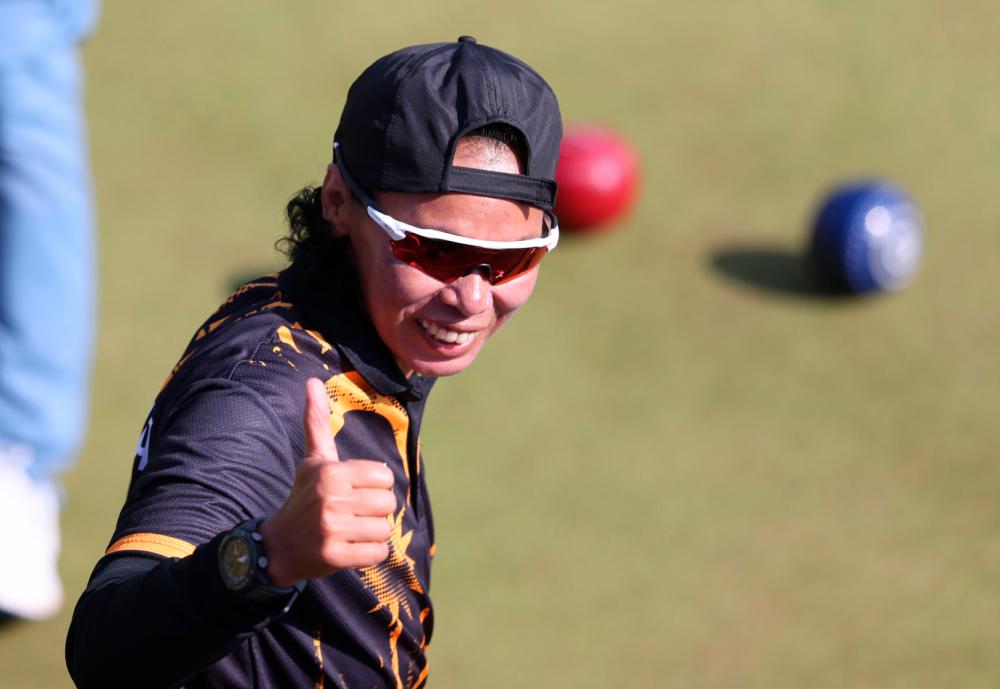 The vastly-experienced Siti Zalina made it into the top eight in the women’s singles event after notching her third straight group win today by ousting Singapore’s Shermeen Lim 21-17.

The 43-year-old will take on New Zealander Katelyn Inch to determine the group champion.

For the record, Siti Zalina won the women’s singles gold medal in the 2006 edition in Melbourne, Australia. She had also competed in two other editions - Manchester in 2002 and New Delhi in 2010.

Siti Zalina will also be competing in the pairs event here with Emma Firyana Saroji as they seek to defend the gold they won in the 2018 edition in Gold Coast, Australia.

Meanwhile, the national men’s team can breathe a huge sigh of relief as they still managed to advance to the quarter-finals despite losing 12-17 to South Africa in the triples event earlier today.

Although Malaysia and South Africa recorded one win each, the national team of Izzat Shameer Dzulkeple, Mohammad Syamil Syazwan Ramli and Muhammad Soufi Rusli made the cut for the last eight based on point difference (scored and conceded) to be placed second in their group behind England.

Commenting on tomorrow’s quarter-finals, national team manager Syed Zainal Abidin Syed Zin hoped that the players would continue to give their best.

“All the teams seem to be evenly matched. If our players are at the top of their game, plus if luck is on our side, we can go further,” he said.-Bernama