Compensation to Singapore for HSR Project cancellation not finalised - Mustapa 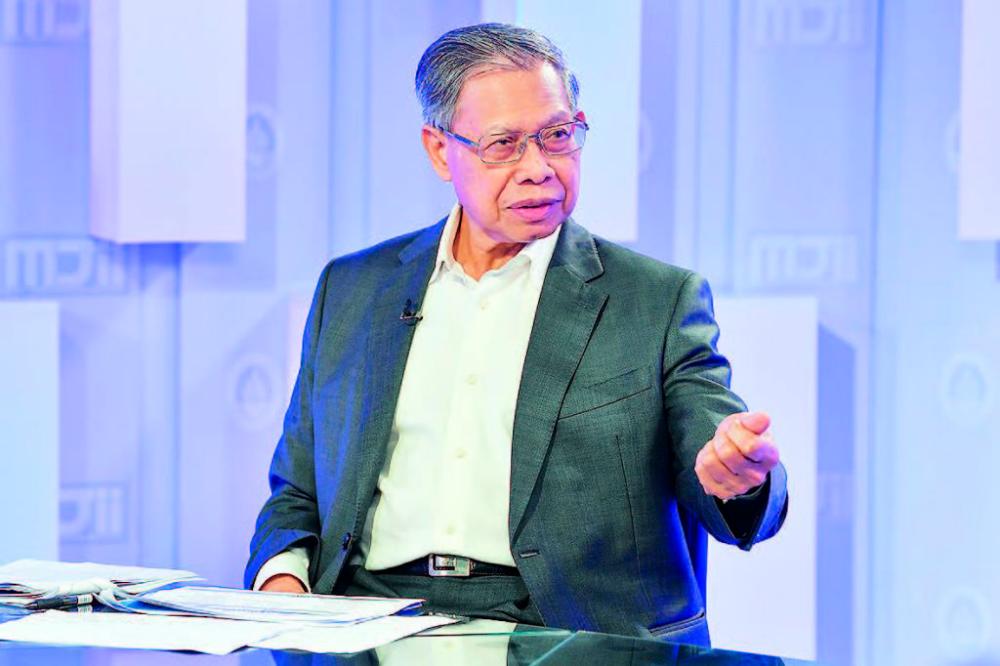 KUALA LUMPUR: The compensation figure for the cancellation of the Kuala Lumpur-Singapore High Speed Rail (HSR) project cannot be disclosed as both Malaysia and Singapore are bound by a confidentiality clause in the Bilateral Agreement.

Nevertheless, the amount of compensation has not been finalised, he said.

“We are waiting for the cost details from Singapore, and once received, it will be scrutinised before being confirmed. The types of claims allowed have already been agreed upon.

“However, my team and I will discuss with Singapore to get an agreement to share information on the amount of compensation after it is finalised,” he assured.

The Jeli member of parliament said the compensation was not punitive in nature, rather, it is to reimburse the specific cost of the project that Singapore had already spent.

“Therefore, any figures on compensation mentioned by any party are mere speculation,” he said.

As to whether the aborted project would be replaced with a Kuala Lumpur-Johor Bahru HSR, he said the government would undertake a detailed study to determine the next direction.

Malaysia and Singapore decided to terminate the HSR project after both countries failed to reach an agreement by Dec 31, 2020 on certain changes that the Malaysian government had proposed.

According to Mustapa, the emergence of Covid-19 had forced the government to find ways to reduce the cost of several mega projects as well as identify strategies to revive the country’s economy after the pandemic.

“This development has resulted in the original terms of the Bilateral Agreement signed in 2016, no longer viable for Malaysia.

“We had to re-examine the overall project structure and business model enshrined in the agreement,” he explained.

The project was postponed in May 2018 after the 14th General Election following a review of several key government investment commitments.

Mustapa said in May 2020, Singapore agreed to provide a final adjournment to implement the project until the end of the year.

“We have used this space to review the entire project. This study includes project structure, business model, infrastructure and system design.

As a result of the review, we have proposed a new structure that in Malaysia’s view is not only neater but the proposed HSR model is widely used worldwide, among others, Europe, the UK, Japan and South Korea,” he said.

He said the proposed new project structure also saves the government from providing guarantees amounting to RM60 billion for 30 years.

“Apart from that, we have also suggested some other changes including station alignment and design, which will all reduce spending by about 30%.

“All of the above suggestions can reduce costs and at the same time maintain project benefits,” he added.

Mustapa said several intensive discussions at the technical and ministerial levels were held over the past six months with both Malaysia and Singapore’s prime ministers holding a video conference on Dec 2, 2020.

“Unfortunately we failed to reach an agreement.

“As an individual who has been directly involved in the bilateral discussions over the past six months, I would like to emphasise that we have done our best to safeguard the interests of the country. However, I would like to share that the discussions were held in a friendly and constructive atmosphere,” he said.

He said Malaysia would continue to hold discussions with Singapore to enhance connectivity between the two countries for mutual benefit.

“Although the bilateral agreement has expired, Malaysia and Singapore will continue to work closely together to strengthen cross-border integration to ensure sustainable economic growth and progress in both countries,” he added. — Bernama