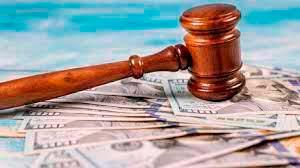 WINNING isn’t everything, it is the only thing. If you subscribe to this, would you do it no matter what it takes? It seems this is the norm now as winner takes all.

Total devotion to winning in the world of sports is acceptable but what about in business and politics? It is spoken with unfailing regularity, but does it serve the well-being of a company and the country?

The World Bank estimated that globally more than US$1 trillion annually goes to corrupt government officials.

Quite simply, corruption is dishonesty by those in positions of power through giving or accepting bribes, inappropriate gifts, double-dealing, manipulating elections, diverting funds, money-laundering and defrauding investors.

Corruption doesn’t announce itself with a capital C and can be seen as both systemic and systematic.

It is a symptom of bad governance, especially when the bureaucracy grows too large and unwieldy. It is detrimental to the economy and bad for the poor.

More often than not, accounts of corrupt officials tend to be at banks in stable and developed countries or tax havens.

Corruption usually affects a few people directly, but the effect on general integrity is contagious and multiplies as a cause.

The harm caused to both individuals and society as a whole is damaging.

The consequences of it include bad media coverage, trust deficit, inefficient allocation of resources, undermined democracy, reduced accountability, bad representation in parliament and displaces the rule of law.

If left unchecked it can increase criminal activities and organised crime.

Valuable resources will be needed to repair the damage and other critical areas will be deprived of these resources.

As a result, inefficiencies occur and a damaged reputation has immense repercussions.

Corruption may be reduced with education, accountability mechanisms, a culture that fosters strong ethical behaviour such as honesty and integrity, and leading by example and also getting perpetrators to face the maximum penalty.

It is necessary to keep governments accountable and it requires transparency. Too many secrets tend to keep corrupt practices under wraps.

Another area is to create stronger institutions of governance and regulation.

In this context, it is the Malaysian Anti-Corruption Commission and it has five external oversight bodies as a check and balance to monitor its roles and functions. The question here is whether it is really effective or an overkill?

The success of anti-corruption depends on a mix of strong political will, eliminating opportunities for corrupt actions, educating citizens to be honest, competent and God-fearing, and of course, opposition parties that hate corruption.

There may be an urgent need to review whether investigation officers in enforcement agencies, prosecutors and also members of the judiciary need to undergo refresher courses since there has been a rise in “discharges not amounting to an acquittal” cases.

Allegations by the former inspector-general of police on corruption among “political frogs” and “everywhere” in politics have also not been acted upon.

Last but not least, have we ever asked, how is it that normal people – sometimes without proper qualifications – with political party support, manage to get into office and then got out of office rich? What say you?