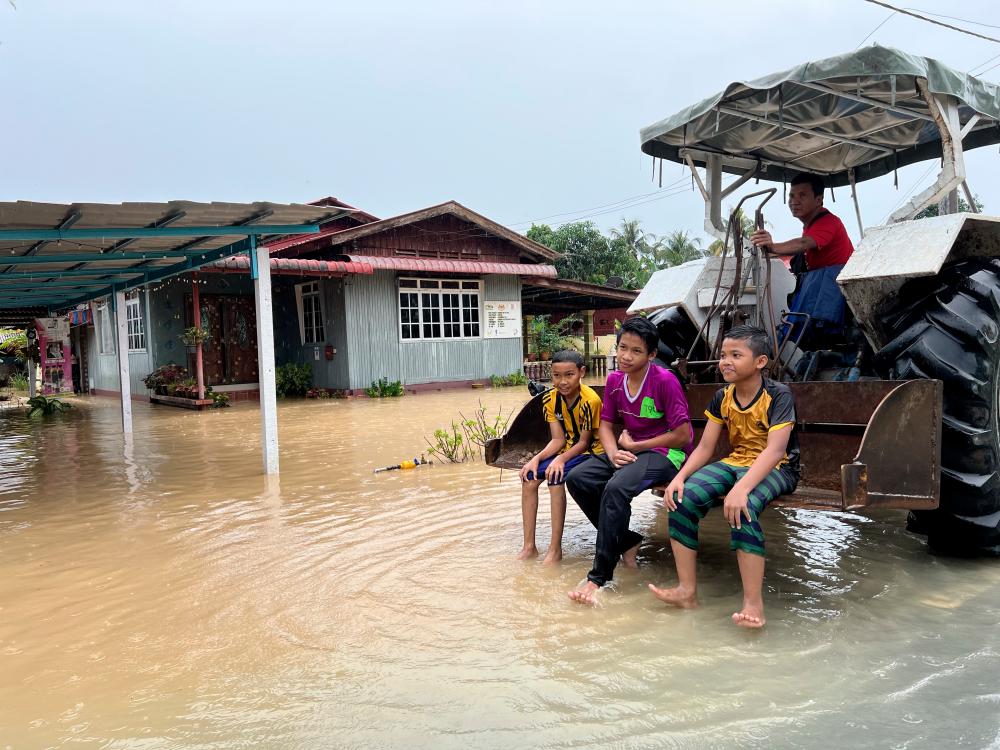 SEGAMAT: A contractor from Kampung Sungai Gatom here has been using his tractor to rescue flood victims and transport them to temporary flood relief centres (PPS) since 2018.

Roslan Ahmad, 48, is known for his kindness among the villagers as he also provides a free van for funeral services in addition to taking care of foster children.

He said it all started when he used his tractor to rescue his neighbours who were trapped in waist-level floodwater during an incident in 2018.

“I took a tractor and helped them out of the flooded area and drove them to the nearby PPS.

“Since then, I will use the tractor to help flood victims in this area, especially women and children,“ he said when met in Kampung Sungai Gatom, here, today.

His rescue mission began at 9 am and ended at 2 pm, he said, adding that he felt relief as his effort had helped those who were in need.

Meanwhile, checks by Bernama at several flood locations around Segamat found that most of the affected areas were situated near the river and several roads in the district were also flooded such as Jalan Labis - Yong Peng, but still passable by all types of vehicles.

Segamat is the most affected district with 975 victims. -Bernama