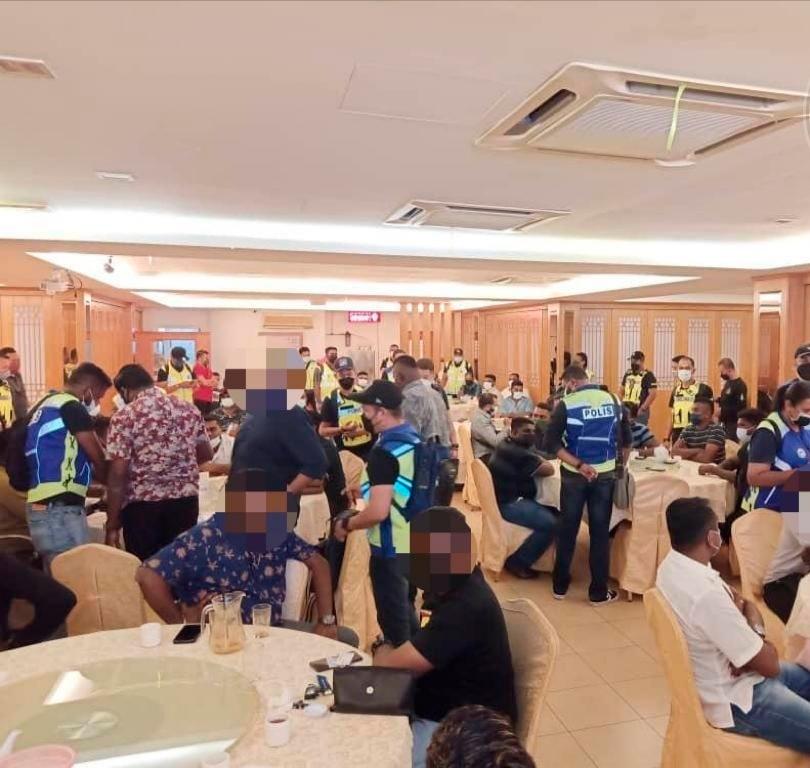 BUKIT MERTAJAM: Forty men, believed to be members of a secret society, were apprehended during an initiation ceremony at a fancy restaurant in Seberang Jaya here on Saturday.

Penang CID chief SAC Rahimi Ra’ais said the initiation was held under the guise of a non-governmental organisation (NGO) event but police got wind of the illegal activity.

He said the raid was carried out by a police team from the Penang Police Headquarters (IPK) at 9.30 pm on Nov 27.

“In the raid, 40 men aged between 22 and 56 years were detained. Those detained were from Penang, Kedah and Perlis.

“The (secret society) group was actually holding an initiation ceremony and recruitment of new members. They hoped to avoid police detection by having it at a fancy restaurant,” he said in a statement on the Royal Malaysia Police (PDRM) Penang Facebook site today.

Initial investigations, he said, revealed that the secret society was making an attempt to re-establish its presence in Penang, Kedah and Perlis.

Rahimi said that eight of the men detained had tattoos of an illegal society and that further investigations were being carried out including to find out its network.

He said during the raid, police confiscated 56 mobile phones of various brands, two rings, a necklace and a pair of earrings with an emblem of a secret society.

“We have remanded of those detained under Section 43 of the Societies Act 1966. It is an offence to be a member of an organisation that is illegal,“ he said.-Bernama