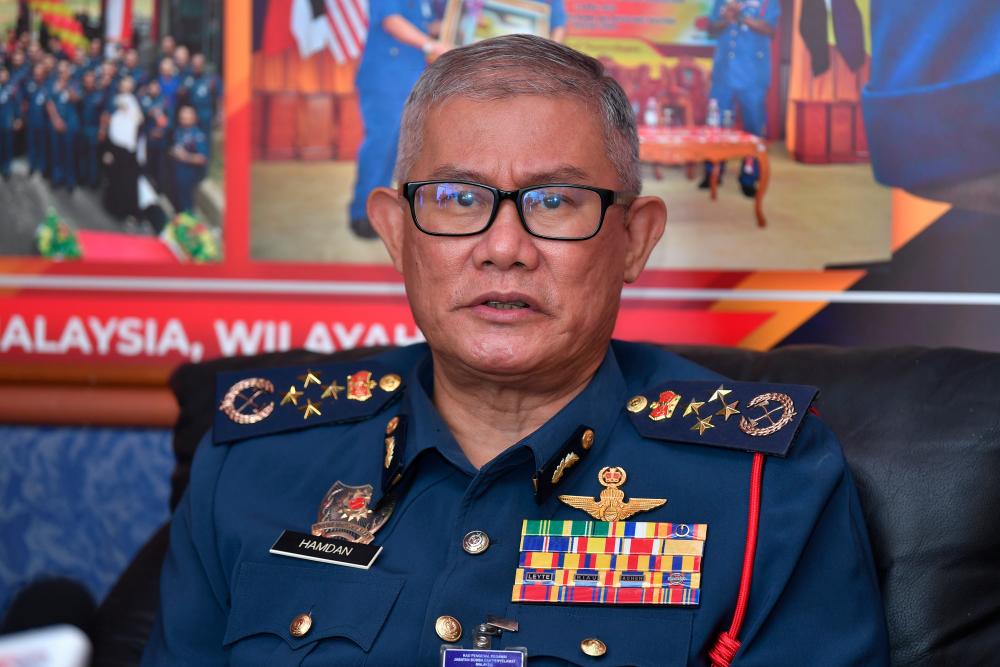 MALACCA: The Malaysian Fire and Rescue Department (JBPM) will continue to monitor and evaluate the downward trend in cases of misconduct involving its officers and personnel, said its director-general Datuk Seri Mohammad Hamdan Wahid(pix).

He said this was crucial in ensuring that the 50 per cent decrease in cases recorded so far remains consistent in curbing corrupt practices within the uniformed body.

“The integrity empowerment programme, held since 2013, and the zero-tolerance policy against officers with no integrity are starting to show results.

“It is possible that all this time they were not aware of certain prohibited actions, and now, cases involving corruption, embezzlement and leakage are also declining compared to before,” he said.

Mohammad Hamdan said for the record, a total of 50 officers and personnel were dismissed between 2019 and June 2022 for various offences, with only one case recorded so far this year compared to 12 cases in 2021.

“Out of that number, 26 cases involved the offence of absenteeism, drug abuse (20 cases) and one case each involving ketum, the MACC, court convictions and forging signatures,” he said.

In addition, JBPM has identified 16 major offences that often involved its personnel and officers, with failure to show up for duty and drug abuse recording the highest number of cases.

“From 2019 to June 2022, a total of 59 cases of absenteeism, drug abuse (25 cases), other disciplinary offences (40 cases), court/criminal convictions (eight cases) and seven cases of abuse of power were recorded.

“The total number of cases recorded throughout the period was 176, with 22 cases as of June 2022 compared to 63 cases in the same period last year,” he said.

Mohammad Hamdan also said that stern action, including punitive measures, would be taken as such offences would result in tasks not being carried out accurately and efficiently, thus causing loss of assets and death.

“JBPM has also received the ISO 37001 Anti-Bribery Management Systems certification in 2021. At the same time, efforts to empower integrity will be expanded and developed at the state and zone level so that virtues in emergency services are strengthened,” he said.-Bernama 1.Highland areas at risk of landslides if illegal farming not monitored

2.Method of enforcement to eradicate cooking oil smuggling to be reviewed