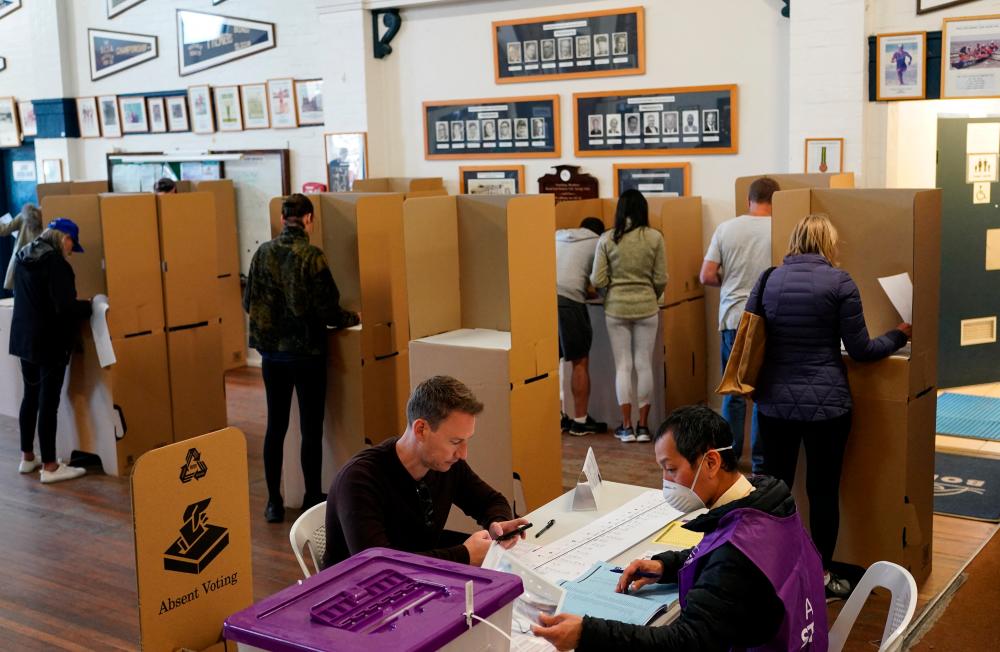 Voters cast their ballots on the day of the national election, at a Bondi Beach polling station in Sydney, Australia/REUTERSPix

Due to time difference, however, as votes are being counted across most of the country, people are still casting their ballots in some other areas including Western Australia.

In his final pitch to voters on Saturday, Prime Minister Scott Morrison who voted in his electorate of Cook, said “today Australians are making a big choice about their future.”

“I want the aspirations of Australians to be realised and the way that occurs is by backing Australians in, not telling them how to live and what to do, and getting government in their face.”

Labor leader Anthony Albanese, who voted in his electorate of Grayndler, said, “My big concern with this government is, what is there to be proud of?”

Results are expected to be declared within hours.

However, the Australian Electoral Commission has warned that it could take longer to declare results in close contests due to the record-high number of postal votes.

If a result is called on Saturday night, the leader of the losing party will traditionally call their opponent to concede before speaking publicly at their respective election night events.-Bernama