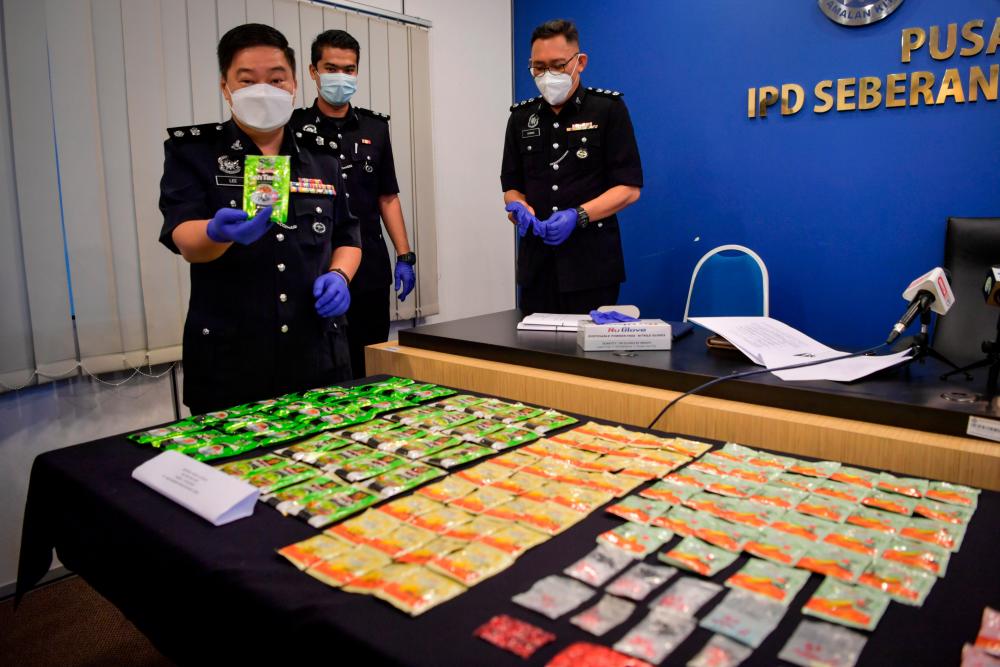 NIBONG TEBAL: Police arrested a couple and busted a drug trafficking syndicate responsible for mixing drugs with fruit juice, chocolate, tea and three-in-one drinks in a raid on a house at Simpang Ampang, here, on April 13.

“The initial investigation found that the husband would process the drugs with a male friend in another house before selling them to a middleman for distribution,” he said at a press conference, here, today.

Lee added that police were tracking down the suspect's friend, while the investigation showed that the couple had obtained the drugs in large quantities from syndicates before mixing and repackaging them as instant drinks to be marketed around Seberang Perai Selatan.

He said they were believed to have been trafficking drugs for the past two years and were able to make a profit of tens of thousands of ringgit each month. The seized drugs could be used for 851 addicts.

“They used branded instant drinks in the market and those drinks (containing MDMA) were sold for wild parties and at entertainment centres,” he added.

Lee said the results of the urine tests conducted on the couple found them to be positive and both had drugs-related criminal records. They are being remanded until April 20

Following the arrest, police also seized a car and various jewellery worth RM37,240,” he said, adding that the case was being investigated under Section 39B of the Dangerous Drugs Act 1952.-Bernama