Court dismisses Zahid’s application to get witness statements from MACC 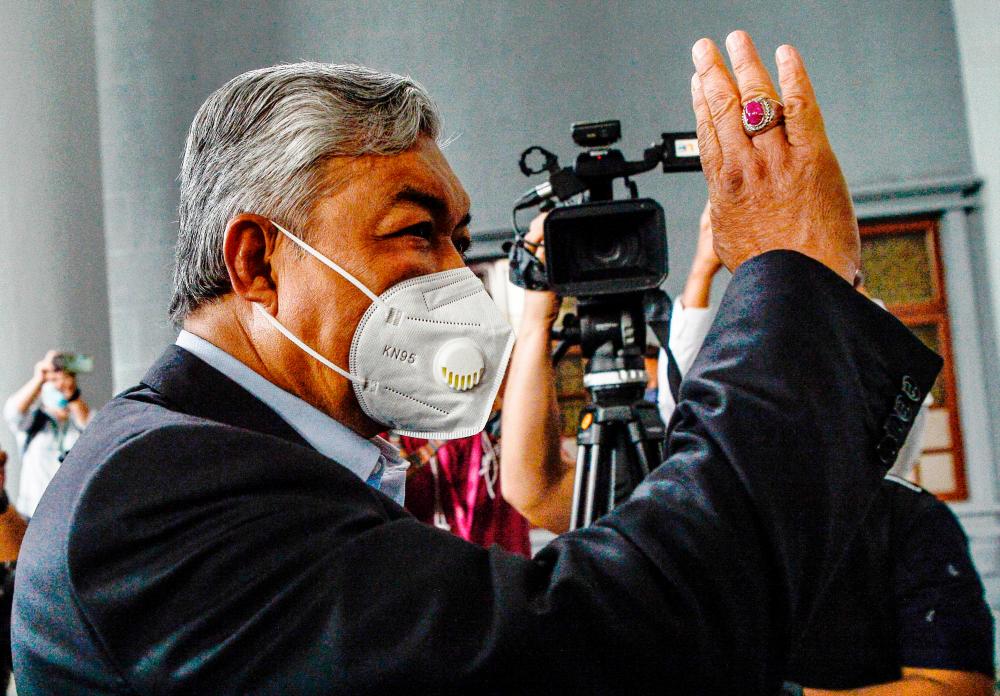 Judge Datuk Collin Lawrence Sequerah said the court considered public policy and public interest as paramount in determining the application, as decided by a Federal Court ruling in the case of the Securities Commission.

“In my view, public policy and public interest elements extended to the defence stage of a criminal trial. They (witnesses) can be subject to intimidation and for example coerced to depart from what is in the statements.

“Revenge may be taken for what is disclosed in the statements and this is not unfounded. Potential witnesses would be reluctant to come forward and give statements and evidence as confidentiality is not assured and there would be an obstruction in the administration of justice,” he said.

Sequerah further said MACC investigating officer Khairudin Kilau had expressed his concern on why the statements from prosecution witnesses who were offered to the defence should not be given.

“Khairudin disclosed in his affidavit that the witnesses were privileged because they were made in the course of official communication and in confidence to the MACC,” he said.

The judge said Khairudin was of the view that any disclosure will prejudice and compromise public interest because the statement was made in the belief and expectation that it will remain confidential.

Khairudin said this would result in future witnesses becoming hesitant to give statements and this would in turn hamper future investigations, he said.

He said Khairudin’s concern came within the ambit of Section 124 of the Evidence Act.

Section 124 states that no public officer shall be compelled to disclose communications made to him in official confidence when he considers that public interest would suffer by the disclosure.

On Feb 18, the defence filed an application to obtain the statements of the 15 witnesses.

The defence sought the statements of witnesses, including Datuk Seri Mohamad Nasaee Ahmad Tarmizi, who is the brother of Ahmad Zahid, as Mohamad Nasaee’s statement was important to the 11th charge faced by Ahmad Zahid.

On Jan 24 this year, Sequerah ordered Ahmad Zahid to enter his defence on 47 charges of criminal breach of trust, corruption and money laundering involving YAB funds after finding that the prosecution had succeeded in proving a prima facie case.

Ahmad Zahid testified in his defence trial on April 13 and will resume giving evidence on May 23.-Bernama