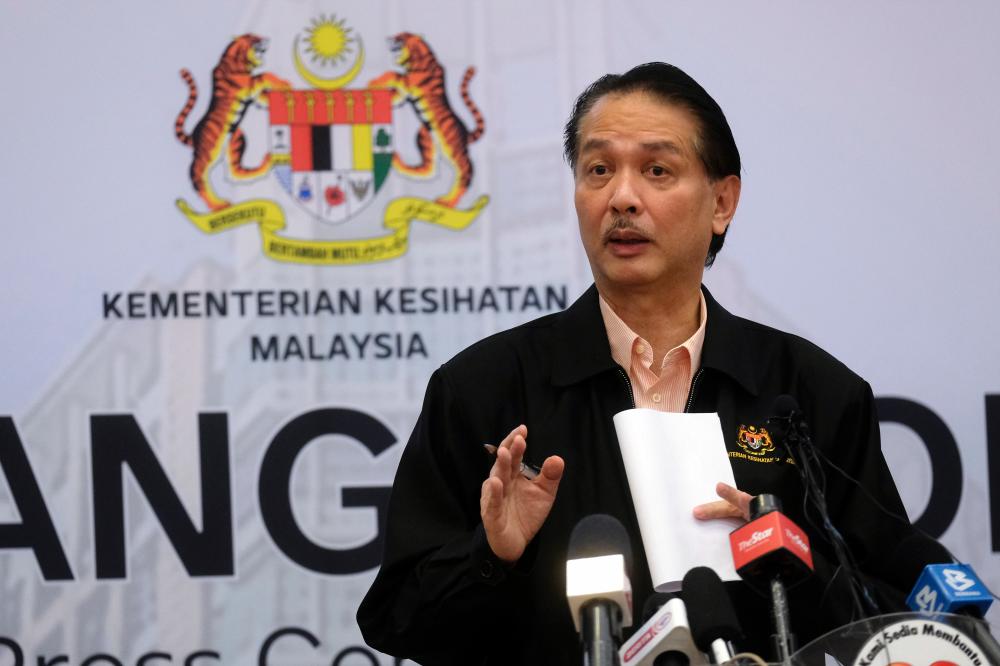 PETALING JAYA: The Health Ministry announced 22 new Covid-19 positive cases as of 12pm today, bringing the total number of infections in the country to 6,894.

“Out of the new cases reported, five were imported while the rest were through local transmission, with nine positive cases involving foreigners,“ said Health director-general Datuk Dr Noor Hisham Abdullah (pix) in his daily press briefing at Putrajaya.

Hisham said 13 patients remain in the intensive care unit (ICU), with seven of them requiring ventilator support and a total of 1,210 active cases are receiving treatment.

He added, 59 patients have received successful treatment and been discharged, bringing the total number of those who have recovered to 5,571.

There were no fatalities reported today, and the death toll remains at 113.

As of May 17, a total of 971 positive cases had a history of interstate travel

Out of 49 clusters recorded in the country, 18 clusters had embarked on interstate travel and there are still 10 active clusters,“ he said

He reminded the public to avoid interstate travelling and adhere to the SOPs as this could be a factor in causing more Covid-19 cases even in the green zone areas.