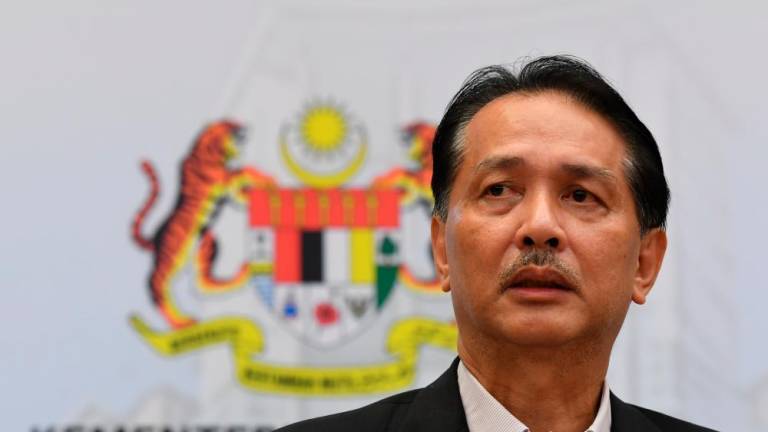 PUTRAJAYA: The Ministry of Health (MOH) has detected a new cluster of Covid-19 cases in Sendayan, Negeri Sembilan involving a tahfiz centre.

Health director-general Datuk Dr Noor Hisham Abdullah (pix) said, until to date, 39 positive cases had been detected in Sendayan involving 13 tahfiz students, a group of 15 individuals and 11 people from a family.

‘’So, there is an outbreak of Covid-19 in Sendayan. An integrated action has and is being implemented by MOH at the locations to check their spread in Sendayan,’’ he said in his daily briefing on the development of Covid-19, here today.

Commenting further, Dr Noor Hisham said 28 virus clusters were detected in the country with the largest cluster being in Sri Petaling so far.

“Apart from the assembly clusters in Sri Petaling, the other clusters are considered small,“ he said.

To a question, whether there was a possibility of new cases in Masjid India, Kuala Lumpur and surrounding areas, he said so far 573 samples have been taken and awaiting results.

“At Masjid India, so far, we do not have any new case being detected. But we have started our action on active case detection there, even implemented Enhanced Movement Control Order (EMCO), so it takes a few days before we can come out with the results,” he explained.

The government had imposed an EMCO in Masjid India and surrounding areas in Kuala Lumpur, effective from today until April 28.

The EMCO in these areas had been extended until April 28 due to the increase in Covid-19 cases among residents there.

On this development, Noor Hisham said in certain areas there is a potential for the COVID-19 to spread and therefore the ministry had to contain the area.

“The EMCO needs to be done to make sure we can screen all of them, detect and trace positive cases. This action needs to be done. For the record, the EMCO in Simpang Renggam and Sungai Lui managed to contain the spread.

“It’s something that needs full focus and collaboration with the police and the armed forces coming together as one for this action plan,” he added. - Bernama