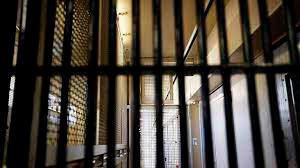 He said the number of new cases in the Tembok Cluster also contributed to the total of 99 new cases reported in Kota Kinabalu yesterday, with 66 cases detected through cluster screening and another 33 cases from other screenings.

“Apart from the Tembok Cluster, new cases were also recorded in Kota Kinabalu yesterday in two clusters involving workers on oil rigs, namely, the Ocean Blue Cluster and the Coral Cluster, with each recording five cases.

Meanwhile, he said a new cluster was reported yesterday, namely, the Limbawang Cluster in Beaufort, involving the spread of infection in the community believed to have been triggered by a funeral held in Kampung Gelilia Padas Damit on June 20.

“The index case is a 35-year-old man from Kampung Kelabu who tested positive in a screening test at the Padas Damit Health Clinic on June 21. As of today, a total of 30 cases have been detected involving this cluster,” he said. -Bernama