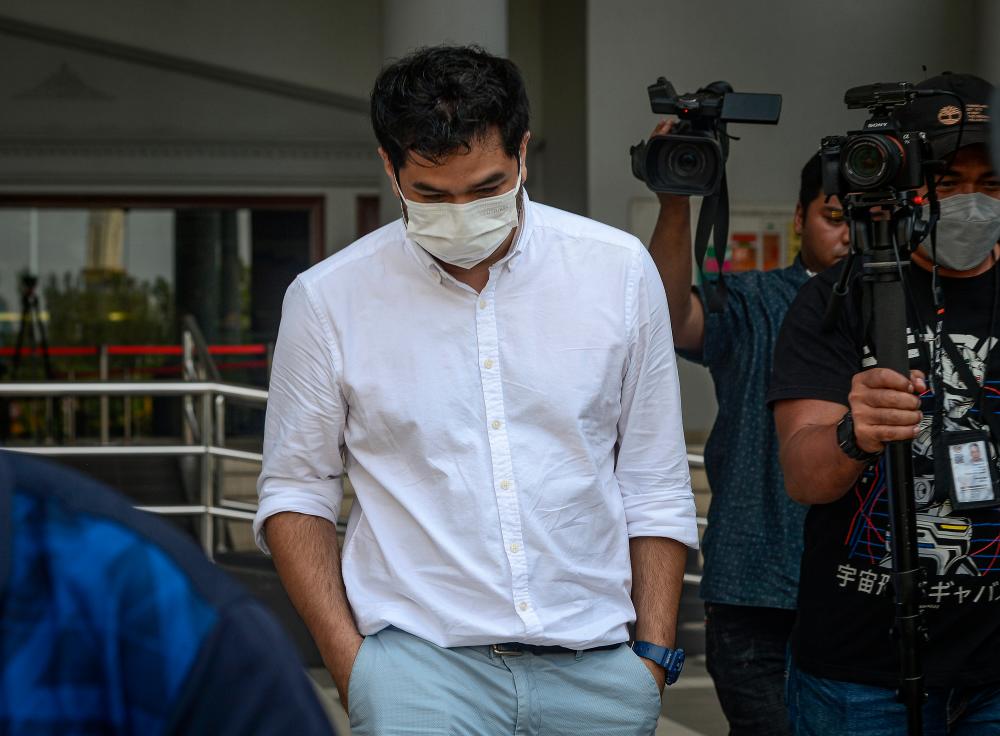 KUALA LUMPUR: A comedy club owner was charged in the Sessions Court here today with three counts of making and initiating the transmission of videos that touch on racial sensitivities on social media.

The accused, Mohamad Rizal Johan Van Geyzel, 39, clad in a white shirt and light blue slacks, however, pleaded not guilty after the charges were read to him before Judge Nor Hasniah Ab Razak.

According to the three charges, the man was accused of making and initiating the transmission of offensive communications with intent to offend others via the Facebook application using the profile name ‘Rizal van Geyzel’, Instagram ‘rizalvangeyzel’ and TikTok ‘rizalvangeyzel’, between July 4 and 6, 2022.

The charges were framed under Section 233(1) (a) of the Communications and Multimedia Act 1998, punishable under Section 233 (3) of the same act, which provides a maximum fine of RM50,000 or imprisonment not exceeding one year or both, and shall be further fined RM1,000 for every day that the offence is repeated after conviction, if convicted.

Earlier, deputy public prosecutor Noor Haslinda Che Seman offered bail of RM30,000 for all the charges with the additional conditions that the accused must surrender his passport to the court.

Lawyer Ramkarpal Singh, representing Mohamad Rizal requested for bail to be set at RM2,000 for each charge as his client has three children and a 74-year-old father who is a cancer patient to care for.

“My client has also given full cooperation to the police during the investigation,” he said.

The court then allowed Mohamad Rizal bail of RM12,000 with one surety for all the charges and also ordered him to surrender his passport, as well as not to post or make any comments about the case on social media.

The case has been set for mention on Aug 19.

It was reported earlier that Royal Malaysia Police (PDRM) secretary Datuk Noorsiah Mohd Saaduddin had said the man has been detained around the Klang Valley by the Classified Criminal Investigation Unit on suspicion of playing with sensitive and racial sentiments while performing at a comedy club here.-Bernama