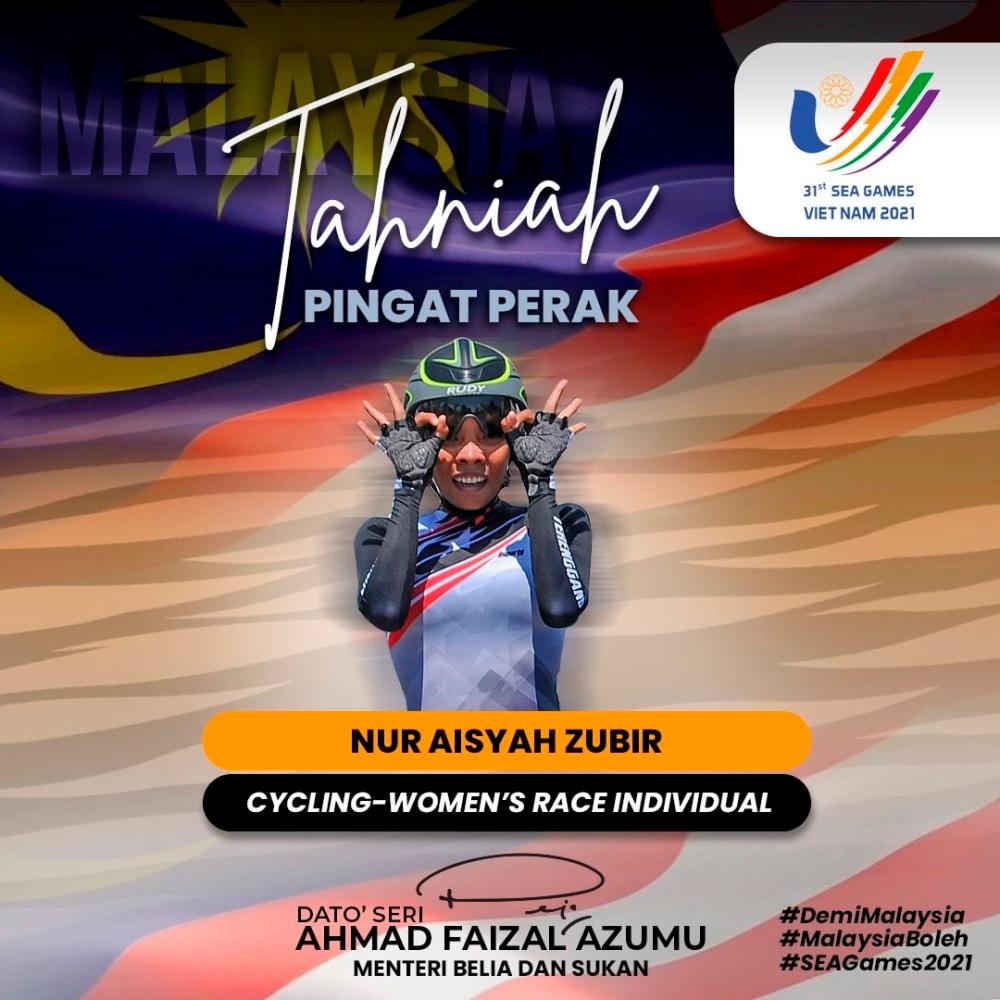 HANOI: The national women’s cycling squad ended their 31st SEA Games in style with two silver medals at the last day of their events at Hoa Binh region, around 75 kilometres from here, today.

Nur Aisyah Mohamad Zubir(pix) lost out against two-time Asian champion, Vietnam’s Nguyen Thi That, as they sprinted towards the finish line of the individual road race event to win the silver medal.

The Vietnamese successfully retained the gold medal she won in the 2019 edition in the Philippines while Indonesian Priatna Delia Ayustina took the bronze in the 88.5 km race.

All three riders recorded a time of 2 hours, 13 minutes and 15 seconds.

Malaysia’s second bronze came from the team road race event with an overall time of 6 hours, 42 minutes and 15 seconds. Vietnam took home the gold with a time of 6:42:11s while Thailand was third with 6:43:48s.

Siti Nur Adibah and Munirah ended the race among the top 10, placing sixth and ninth respectively.

National team manager, Firdaus Arshad said he was proud of Nur Aisyah;s silver medal win but acknowledged that they could have won the gold if Ju Pha had not been involved in a crash at the last stage of the race.

“We are still glad to have won two silvers in the last competition day today. We are very proud of Nur Aisyah.

“Overall, we are satisfied with the performance of our racers both in road and hill events,” he added.-Bernama