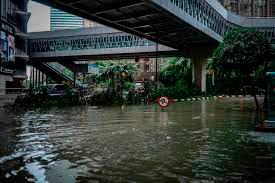 KUALA LUMPUR: The Kuala Lumpur City Hall (DBKL) has appointed a consultant to study and redesign the city’s drains to improve their ability to accommodate increased rain water and prevent flash floods.

Federal Territories Minister Datuk Seri Dr Shahidan Kassim said the appointed consultant has been instructed to prepare the study within 12 months based on the average recurrence interval (ARI) of 200 by the Department of Irrigation and Drainage (DID).

“This is a comprehensive solution to overcome floods, using ARI 200 as a foundation to redesign the capabilities of rivers and drains, including roadside drains, in Kuala Lumpur,” he said during the wind up session of the motion debating the flash floods in Kuala Lumpur at the Dewan Rakyat sitting today.

Shahidan also explained that yesterday’s flash floods were not due to the failure of the six DID flood retention ponds in the Federal Territory, and that the ponds functioned at their various capacities and operated according to the set standard operating procedures (SOP).

He added that the Boyan flood retention pond in Sungai Bunus, Titiwangsa was unable to accommodate the extraordinary amount of rainfall, which exceeded the pond’s capacity, causing an overflow to nearby areas.

“The DID is conducting flood mitigation projects in the Jalan Semarak PULAPOL (Police Training Centre) and building a flood wall to avoid a repeat incident,” he said.

Meanwhile, Deputy Minister in Prime Minister’s Department (Special Functions) Datuk Mastura Mohd Yazid said the government was reviewing all national flood management mechanisms, including amending the definition of flash floods as a disaster under the instructions of the National Security Council.

She said that the suggested restructuring of definition and assessment of all flood related issues was necessary as the incidents are disasters faced by Malaysians, and would help make channelling assistance to victims easier.

“Although flash floods are not designated as disasters (but) if under recommendations by district disaster committees and based on the impact of the incidents (lives and property) and victims being required to evacuate to relief shelters, the channelling of assistance can be considered,” she added.

Besides that, Deputy Environment and Water Minister Datuk Mansor Othman admitted that there were weaknesses in the disaster early warning system, especially in determining the accurate locations of potential disasters, but the agency involved is improving the system.

He said that the DID is planning to upgrade the new disaster early warning system in river valleys across the country, involving the existing 516 sirens and 155 webcams and the installation of 361 new webcams with an allocation of RM160 million.-Bernama