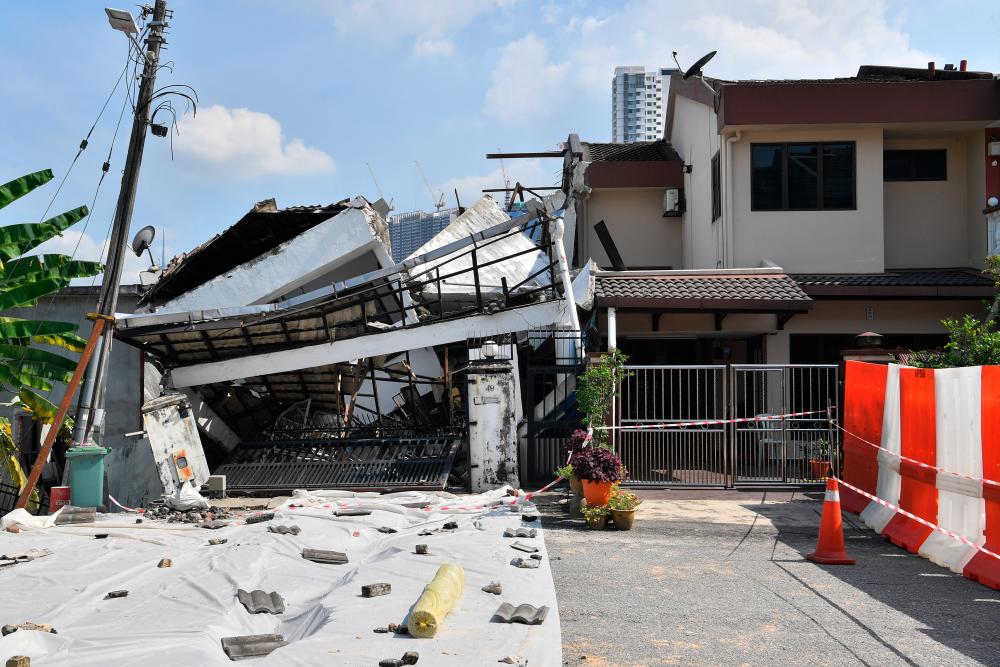 KUALA LUMPUR: Kuala Lumpur City Hall (DBKL) has appointed the Public Works Institute of Malaysia (IKRAM) as an independent consultant to identify the real cause of the structural movement of the contiguous bore pile wall (CBP Wall) at the project site of a serviced apartment block in Jalan Selangat, Cheras, here early yesterday.

Mayor Datuk Seri Mahadi Che Ngah said for now DBKL has issued an immediate stop-work order to the developer, with only repair work allowed until the site is safe.

“We found that almost one metre of the entire existing retaining wall had shifted, and an estimated over 2,000 cubic metres of soil was brought to the site to stabilise the area.

“Due to this, the developer has been instructed to carry out immediate work on reinforcing the retaining wall with earth beams and concrete blocks,“ he told a press conference on the incident here today.

Mahadi said IKRAM will also monitor the reinforcement work on the retaining wall including reviewing the wall design provided by the developer’s consultant for the entire development.

At the same time, he said, DBKL via the Infrastructure Planning and Enforcement Divisions will implement monitoring daily until the situation at the site is safe.

“All residents involved have moved to nearby hotels and the contractor will bear their accommodation costs, he said.

One of the victims, Robin Loh, 85, is grateful to be safe in the incident in which a two-storey terrace house collapsed.

“We (my family) are currently staying in another house on the same road as our house (collapsed house) is under renovation.

I only found out about the incident when I came out of my house in the morning and also heard the shouts of my neighbour, The house started collapsing at about 2 am,“ he said.

Another affected resident, Khoo Muy Peng, 64, said she had voiced her concerns about the matter to the developer since 2019, but to no avail.

“They just come by but nothing has been done... Now they (developer) say I cannot live in the house. They also asked me to look for alternative dwellings. It is so hard to find a place. They have not arranged anything for us even though they will pay for it (rental),“ she said

In the incident yesterday, a two-storey terrace house that was still under renovation collapsed while the occupants of six other nearby houses were ordered by the Fire and Rescue Department to evacuate as a safety precaution.-Bernama Rise in selling prices continues to be underpinned by supply pressures: MIDF Research

2.Inquest on baby Syifa’s death to begin on Sept 22