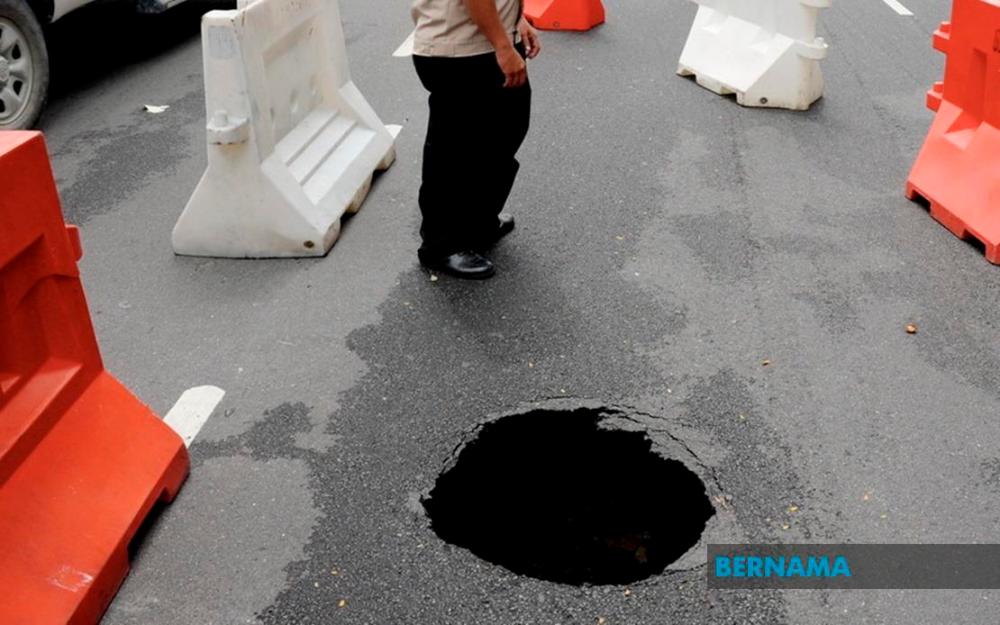 KUALA LUMPUR: To make it easier for the public to make a complaint or channel information on any road damage in the capital, Kuala Lumpur City Hall (DBKL) introduced a complaint line through the WhatsApp application, namely, ‘DBKL Potholes Complaint’.

Kuala Lumpur Mayor Datuk Mahadi Che Ngah said the application, which was launched on Jan 7, would help DBKL to immediately repair any damaged or potholed road based on public information to ensure the capital is free from potholes.

“DBKL Potholes Complaint was created for the safety of road users following the many accident cases reported over the past few weeks due to potholes on the road.

“We have received 271 complaints through this platform since Jan 8,“ he told Bernama.

Mahadi advised users who chose to use the DBKL Potholes Complaints whatsapp application - 011 62396652 https://wa.link/jobdg3 to state the exact locations of the damaged roads in their complaints to enable immediate action to be taken.

“We will send the repair team immediately if the information provided is accurate and an evaluation will also be able to identify whether it is under DBKL or a concession.

“For potholes that are less than one square meter in size, action will be taken within 24 hours from the complaint received,“ he said.

In addition to the application, he said DBKL also has various complaints channels for the public to extend complaints related to potholes.

He said 11,979 road damages were recorded including potholes during 2020 which had been acted upon by DBKL.

“Of the total, 7,735 cases were detected through DBKL’s proactive patrol itself while another 4,244 were through complaints from the public,“ he said.

Mahadi said there were various factors that caused potholes such as development projects, diggings by utilities and the failure of road design structures due to the increase in traffic volume.

1.Operation of schools in Melaka, Selangor, KL, Putrajaya under Phase Four of PPN to begin on Nov 1