Death toll from tropical storm in Philippines climbs to 19 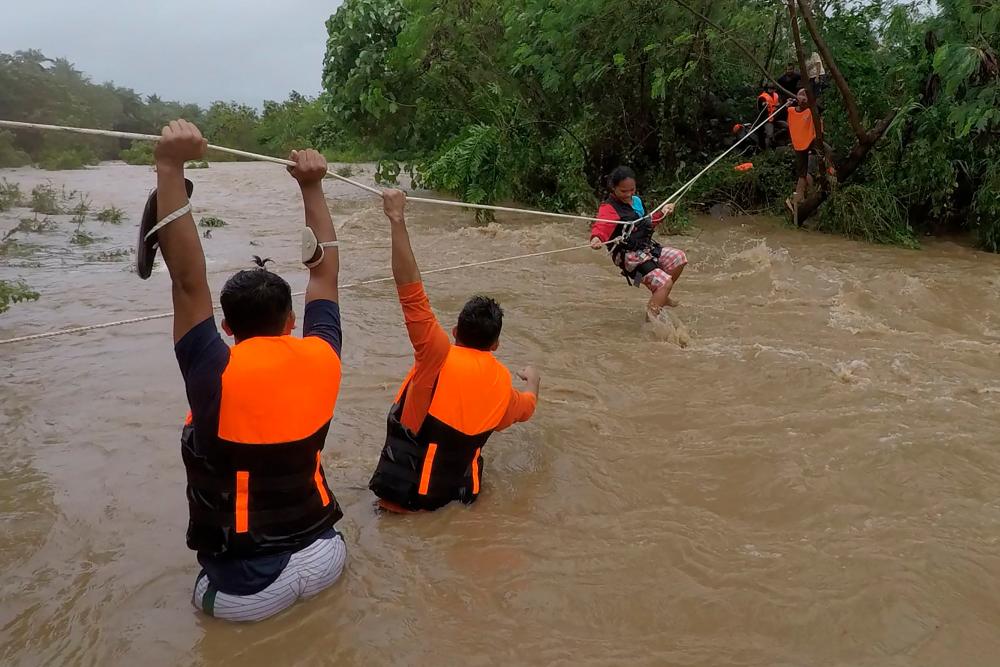 MANILA: The death toll from the severe tropical storm Kompasu has climbed to 19 and 13 people remained missing, the government said Thursday.

The National Disaster Risk Reduction and Management Council said the death toll could rise to 30, adding it was verifying reports of 11 other deaths and one missing from landslides and flooding in the northern Philippine regions and Palawan, an island province located off Luzon island, reported Xinhua.

The tropical storm, which exited the Philippines on Tuesday, triggered flash floods and landslides. Nearly 2,000 people were evacuated to safety.

The damage was heaviest in the northern Philippine regions, the agency said. Damage to agriculture there was estimated at US$9.7 million.

Tropical storm Kompasu, which made landfall on Monday, is the 13th tropical cyclone to lash the Philippines this year.

Typhoons and tropical storms regularly batter the Philippine archipelago, which straddles the typhoon belt in the western Pacific Ocean, claiming hundreds of lives and cause billions of dollars in damages.

Approximately 20 typhoons enter the Philippines each year. Of the islands that make up the Philippines, northern Luzon and the eastern Visayas in the central Philippines are most commonly affected.-Bernama

Not enough for Khairy to be just better than Adham as health minister: LKS

1.Not enough for Khairy to be just better than Adham as health minister: LKS

5.Pfizer says its Covid-19 vaccine over 90 per cent effective in children ages 5 to 11