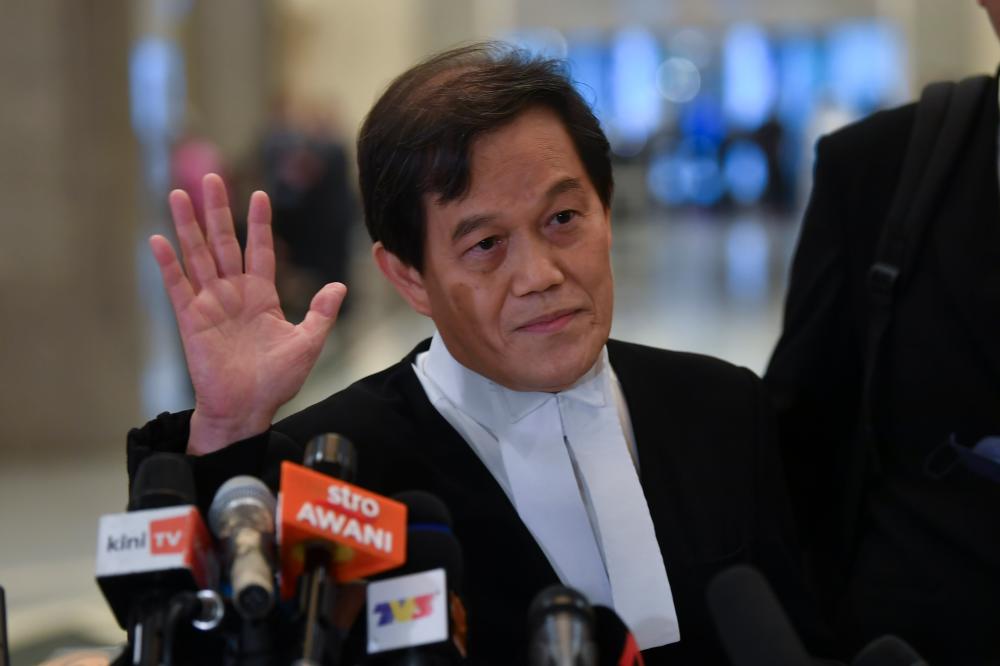 When met by reporters, Hisyam said that the defence team was saddened over losing the final appeal, which saw the former prime minister sent to prison to serve his 12-year jail sentence.

When asked if Najib will seek a review of the verdict, the counsel said he would discuss the matter with his team and did not rule out that possibility.

“”I (can) only say that we seek comfort and solace... the Almighty alone can dispense perfect justice,” said the counsel in referring to today’s landmark ruling.

Najib, 69, had on Dec 8, 2021, failed to overturn the ruling after the Court of Appeal upheld the High Court's decision.

Meanwhile, a vehicle carrying Najib and which left the Palace of Justice grounds at about 5.44 pm, escorted by a police team, was believed to be heading to Kajang Prison.

Also in the convoy was a vehicle carrying Najib’s wife Datin Seri Rosmah Mansor and his children. -Bernama