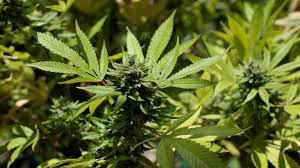 Picture for representational purpose only

KUALA LUMPUR: A delivery man broke down in tears when the High Court here today sentenced him to death by hanging after finding him guilty on a charge with trafficking in 299.09 grammes of cannabis into the country three years ago.

Judge Datuk Collin Lawrence Sequerah handed down the sentence on Muhammad Hafizul Rashid Emmy, 29, after finding the defence having failed to raise reasonable doubts on the prosecution’s case at the end of the defence case.

“After examining the testimony of witnesses and submissions by both parties, the court found that the defence failed to raise reasonable doubts on the prosecution's case on possession of the dangerous drugs.

“The defence also failed to rebut the balance of probabilities on the presumption of trafficking under Section 37. (da) (vi) of the Dangerous Drugs Act 1952.

“Therefore, the court found the accused guilty of the charges against him. The court hereby sentenced him to death by hanging,” said the judge.

A woman, believed to be a family member of the accused, who was in the public gallery, was also seen crying after the court handed down the sentence.

Muhammad Hafizul was charged with trafficking in the drug at a house in Bandar Tasik Selatan, Cheras, at 11.50 pm on March 8, 2018.

He was charged under Section 38B (1) (a) of the Dangerous Drugs Act 1952 and punishable under Section 39B (2) of the same law, which provides death by hanging or life imprisonment and whipping, upon conviction.

Omicron is a waiting game so keep calm, carry on

WHO advises against blood plasma treatment for Covid-19

4.Omicron is a waiting game so keep calm, carry on