Diver Dhabitah should be considered for 10m platform at Paris 2024 Olympics: Bryan 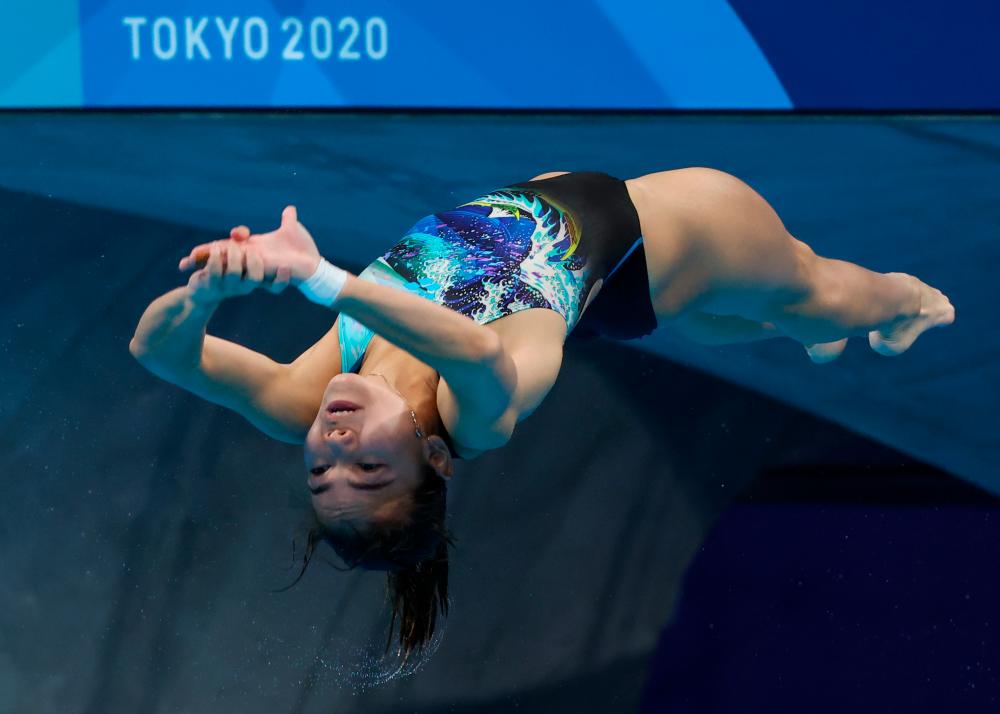 KUALA LUMPUR: National diver Nur Dhabitah Sabri(pix) should be among those considered to fill Leong Mun Yee’s spot in the women’s synchronised 10 metre (m) platform event at the 2024 Olympic Games in Paris.

Former Olympian, Bryan Nickson Lomas felt that Malaysia Swimming (MS) should consider teaming Nur Dhabitah with national dive queen Pandelela Rinong to increase the chances of a medal at the 2024 Paris Games in light of the experience Nur Dhabitah gained in the 10m platform previously.

“Nur Dhabitah is a versatile athlete because it’s rare for a diver to be able to compete in two events of 10 m platform and 3m springboard.

“It isn’t impossible if Nur Dhabitah is listed in the future, she and her partner might be medal prospects for the women’s sychronised 10 m platform event,” he said when contacted by Bernama.

Mun Yee, who was paired with Pandelela in the women’s sychronised 10m platform at the recent Tokyo Olympics, failed to shine and only managed to finish the event in eighth place.

Nur Dhabitah together with Mun Yee had won the bronze in the same event at the 2018 Asian Games in Indonesia.

Mun Yee, 36, had previously expressed her desire to retire at the end of the year and made the 2020 Tokyo Games her final international appearance.

Meanwhile, Bryan, 31, was confident that Nur Dhatibah could win a medal for the country in the women’s individual 3m springboard event at the Paris Games if she kept up her consistency and managed her dives and difficulty degrees perfectly.

Even though she missed out on a medal in the women’s individual 3m springboard after she finished fourth at the Tokyo Olympics, Nur Dhabitah managed her disappointment and smiled throughout the entire competition, winning over Malaysians with not only her consistent performance but the sportsmanship she exhibited at the Tokyo Aquatic Centre.

Bryan, who made history as the youngest Malaysian Olympian during the 2004 Athens Games at the age of 14, believes Pandelela will continue to head Malaysia’s challenge in diving at the 2024 Paris Games.

Bryan, who owns a gymnasium in Shah Alam, Selangor, said the 2012 London bronze medalist was still capable of producing quality dives although she would be 31 in three years’ time.

He also said that the national diving team was unlucky for not coming back with any medals compared to the two previous games where they returned with a bronze in 2012, and a silver in 2016.

He added that while he personally could accept the national dive team’s achievements, something would need to be done if they still failed to win a medal at the 2024 Paris Games.-Bernama