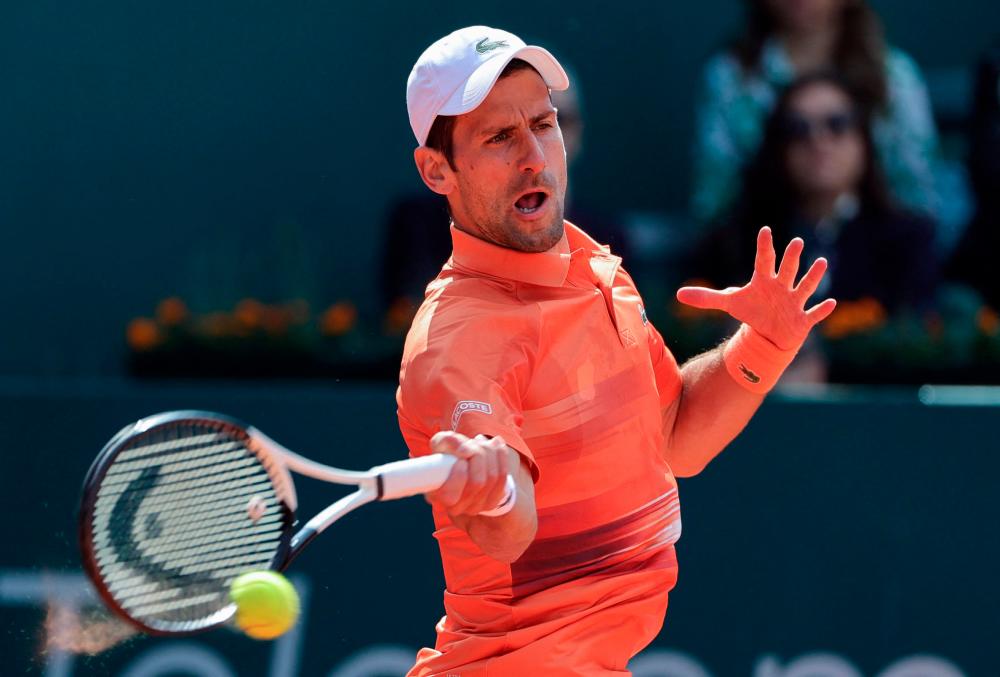 ROME: World number one Novak Djokovic(pix) took his place in the Italian Open final on Saturday by claiming his 1,000th career win in straight sets over Norway's Casper Ruud 6-4, 6-3 in Rome.

Djokovic will face Monte Carlo Masters champion Stefanos Tsitsipas in Sunday's final, the Serb's fourth in as many years in the Italian capital.

Djokovic is chasing a sixth title in the Italian capital ahead of Roland Garros later this month and dealt with world number 10 Ruud on his way to a 12th final at the Foro Italico.

The 34-year-old has already secured a record-extending 370th week as world number one thanks to his straight sets victory over by Felix Auger-Aliassime on Friday.

Djokovic's clash with Tsitsipas will be a rematch of their final at last year's French Open, a five-set thriller eventually won by the Serb.

Greek world number five Tsitsipas is in the final after beating Alexander Zverev 4-6, 6-3, 6-3 in an entertaining last four battle.-AFP