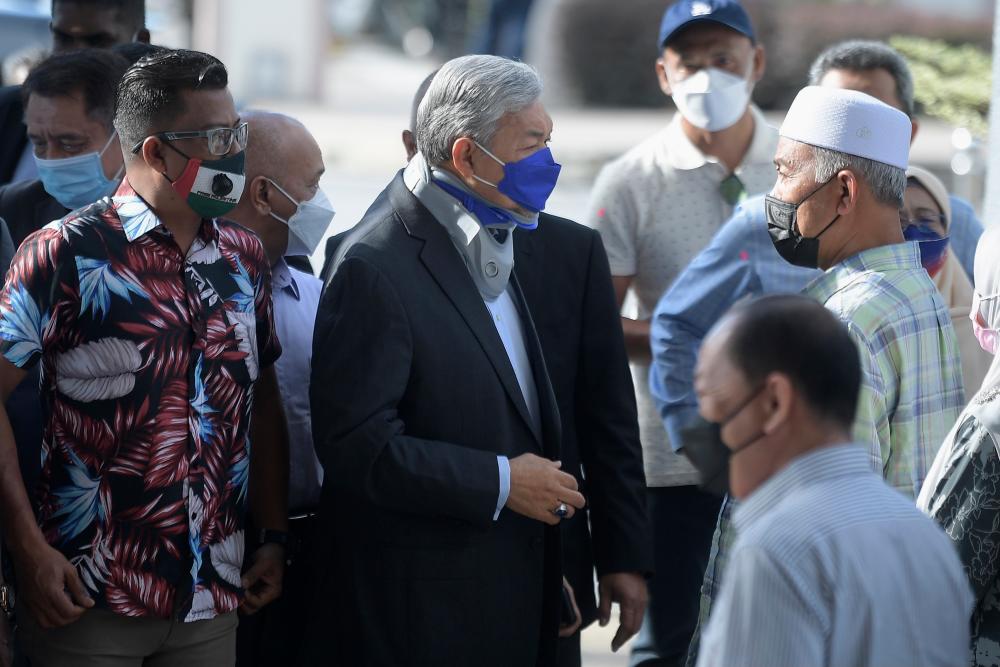 Ahmad Zahid’s lead counsel, Hisyam Teh Poh Teik said that money changer Omar Ali Abdullah, who is the 81st prosecution witness, did not commit any banking offences in converting cash amounting to RM5 million into a few cheques before handing them over to the account of law firm Messrs Lewis & Co.

Hisyam contended that the evidence by Omar Ali, that the monies came from Yayasan Al Bukhary was never investigated by the Malaysian Anti-Corruption Commission (MACC).

“It’s quite clear that Omar Ali did not commit any banking offences under the banking laws. In the course of submissions, the prosecution has made a number of misconceptions.

“There is no direct evidence on where the money came from. Misconception must apply to no investigation,“ he said in his submission-in-reply at the end of the prosecution’s case against Ahmad Zahid, who is facing 47 charges of criminal breach of trust (CBT), corruption and money laundering involving Yayasan Akalbudi funds.

Hisyam also said that the prosecution’s action, which was based on the provisions of Section 4 (3) of the Anti-Money Laundering, Anti-Terrorism Financing and Proceeds of Unlawful Activities Act (AMLATFPUAA) 2001 and in concluding that there were illegal and wrongful activities in law, also had no basis.

According to the 27th money-laundering charge, Ahmad Zahid is alleged to have ordered the money changer to convert RM7,511,250.20 in cash into 35 cheques to be deposited into Yayasan Akalbudi to purchase fixed deposits in Maybank.

Mohd Jimmy Wong, in his testimony, said he donated more than RM9 million to Yayasan Akalbudi on his own volition for welfare and religious purposes and it had nothing to do with his company, MyEG Services.

In this regard, Hisyam said since the prosecution failed to show that the money laundering process took place as an element in the charge, then the case against his client could not be defended.

Ahmad Zahid, 68, is facing 47 charges - 12 of CBT, eight of corruption and 27 of money laundering - involving tens of millions of ringgit belonging to Yayasan Akalbudi.