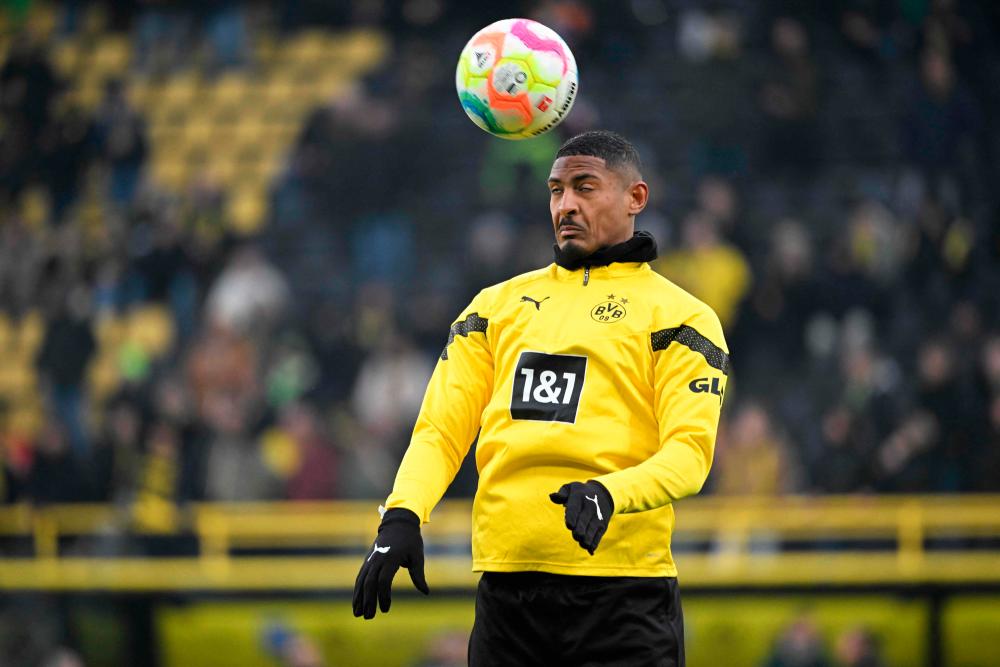 Dortmund’s French forward Sebastien Haller warms up on the ball prior to the German first division Bundesliga football match between BVB Borussia Dortmund and FC Augsburg in Dortmund, western Germany, on January 22, 2023/AFPPix

BERLIN: Borussia Dortmund coach Edin Terzic said on Tuesday the club was taking it “day by day” with striker Sebastien Haller’s return to the starting line-up.

Haller came off the bench in Dortmund's thrilling 4-3 home victory over Augsburg on Sunday, his first competitive game since battling testicular cancer.

The 30-minute cameo was Haller's debut appearance for Dortmund and his first competitive match since May 2022.

Speaking ahead of Wednesday’s league visit to Mainz, Terzic said Haller would “play an important role tomorrow” but was as yet unsure about a starting debut.

“(Haller feels) better from day to day, but whether it is enough for the starting XI, we will see,“ Terzic said.

Terzic confirmed English teenage midfielder Jude Bellingham would miss the game, having picked up a yellow card in the Augsburg clash.

Dortmund captain Marco Reus returned to training on Tuesday, but Terzic would not confirm whether the forward would return for Wednesday's game.

“Marco has not been able to train for 10 days, but is expected to be in today.

“We’ll have to see if he’s fit enough for the matchday squad.”

Reus ruptured an ankle ligament in September and has been restricted to two brief appearances from the bench for Dortmund, while also missing the World Cup due to the injury. -AFP