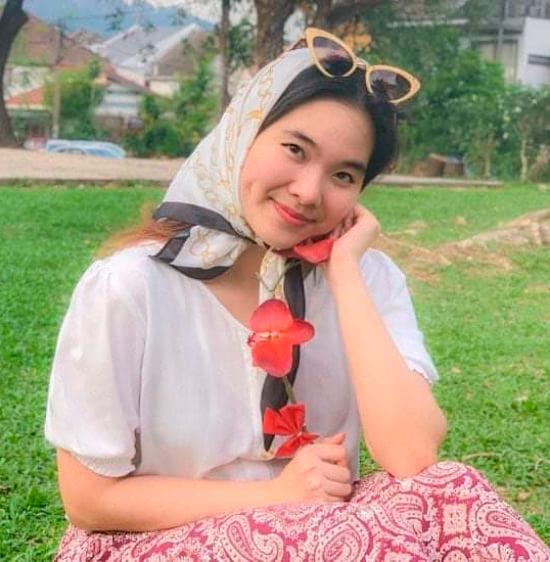 In fact many other viewers who followed the programme were singing the good doctor, whose full name is Malar Santhi Santherasegapan(pix), praises for her eloquence in delivering her talk in a candid approach.

Dr Malar who often shares health tips and updates on Covid-19 via short videos on Tik Tok and Facebook is already well-known for her use of precise Malay language that communicates not just in a functional way but in a way that moves and enlightens listeners.

Apart from Dr Malar, Wee Yun Nee is another social media celebrity who became a household name after she began uploading videos on Tik Tok and Instagram, demonstrating her ease in speaking the Malay language in Kelantanese dialect.

The 24-year-old Chinese lass, also fondly known as Mek Yunn and has over 100 thousand followers, had often shared the importance of the Malay language in promoting national unity, that many regard her as a local icon for her initiative in encouraging other races to use the national language.

However, while we are in awe of non-Malays who are able to speak with close to native-pronunciation accent, the question that often arises is, why should it be strange when other races can be so proficient in the national language.

Isn’t the Malay language the official language which should be spoken fluently among Malaysians regardless of their race?

According to Universiti Kebangsaan Malaysia (UKM) Institute of Ethnic Studies (KITA) Principal Fellow, Prof Datuk Dr Teo Kok Seong, the reason is that the Malay language has not really been accepted by the non-Malays in the country and as such many are not fluent or have failed to master the language.

“It is sad to see that after 64 years of independence, the Malay language is just an instrument to pass examinations or to fulfill the requirements to obtain a certificate.

“Most of them take up the language as they were forced to do so, not because they take pride to master the language to enable them to communicate with people of all races,“ he told Bernama recently.

Teo added that when one does not have a sense of pride in the national language, this means that there is no love and loyalty within them to try to be fluent in the language in order to get along with the Malay speaking community, unlike those who take pride and are motivated to learn the English language for the same purpose.

“With technological advancement we have individuals from other races such as Dr Malar who constantly share news on Covid-19 as well as Mek Yunn and several other Chinese youngsters who have shown their exceptional grasp of the language via the videos they upload.

“We should hail their efforts and encourage more non-native Malay speakers like these, so that the Malay language could be upheld, including on social media platforms,“ ​​he said.

According to Yahya at this point, in upholding the Malay language, it should not merely be for the sake of delivering information, but the language should be used as a medium to communicate and build better rapport among the people of different races.

He said using the Malay language in our daily social interactions including in cyberspace is very important because this could help us to master the language better and would be a source of inspiration to our children.

“Social interaction plays a critical role in language acquisition,“ he said citing children and Malaysian students studying or living abroad who are able to be proficient in the English language within a short time due to environmental factors and daily interactions.

“Through social interaction they learn the right pronunciation, intonation and to speak with a close to native-pronunciation accent and the same goes with the Malay language, it has to be practiced so that using the language comes naturally,” he added. -Bernama