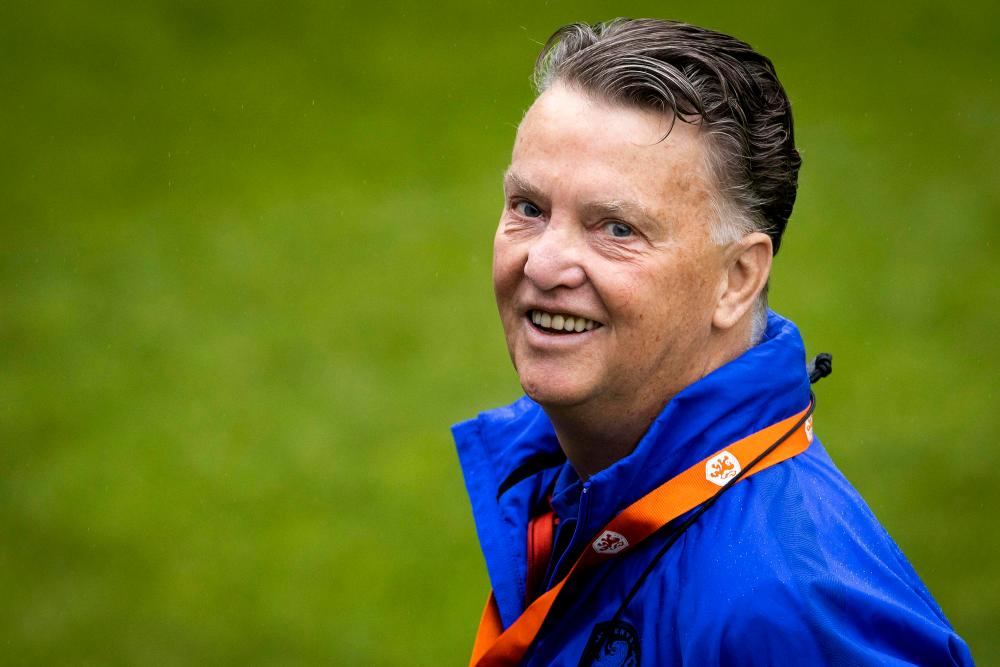 AMSTERDAM: Louis van Gaal (pix) insisted the Netherlands would beat neighbours Belgium on Sunday to secure top spot in their Nations League group and go into the World Cup unbeaten since he took over as coach.

The Dutch have a three-point lead at the head of League A Group Four and will win the group as long as they avoid a heavy defeat to Belgium at the Amsterdam Arena on Sunday.

“We’re going to win tomorrow. Better to go to the World Cup undefeated than to lose the last game. That’s what I told the boys,“ Van Gaal told a news conference on Saturday.

Belgium, who lost 4-1 to the Dutch in Brussels in June, must win by three goals to snatch top place and advance to next June's finals tournament.

“If that happens, it will be deserved,“ said Van Gaal.

“But I believe in my players and that they will win it. That’s how I prepare them. I don’t expect an upset. My players are always focused and that’s why I always tell them the line-up two days in advance so that they can focus.”

The Netherlands coach said he did not expect much different from Belgium. “We’ve analysed them and I see a team that always plays with the same concept of the game. I can’t see that Belgium is suddenly doing something different.”

But he said he was pleased that the Dutch would get a tough test in their last international before the World Cup in Qatar, where they are in Group A with the hosts, Ecuador and Senegal.

“I prefer to play against these kinds of opponents. I am incredibly happy because there are players of the highest quality playing for Belgium,“ he said.

“I’ve often said that I think Kevin De Bruyne is fantastic. He dictates the game and also scores goals. How are we going to tackle that? And how do my players react? That is going to be good to see.

“And then there’s the rivalry,“ he added. “I think it’s fantastic to play against the Belgians. I’ve mentioned De Bruyne, but they have more. But then so have we.”

If the Dutch win on Sunday, it will be Van Gaal's 37th victory in 58 matches in charge and equal Dick Advocaat's record as the Dutch coach with the most successes.

Van Gaal, 71, has not lost in 14 games since returning for a third spell as Dutch coach last year. -Reuters