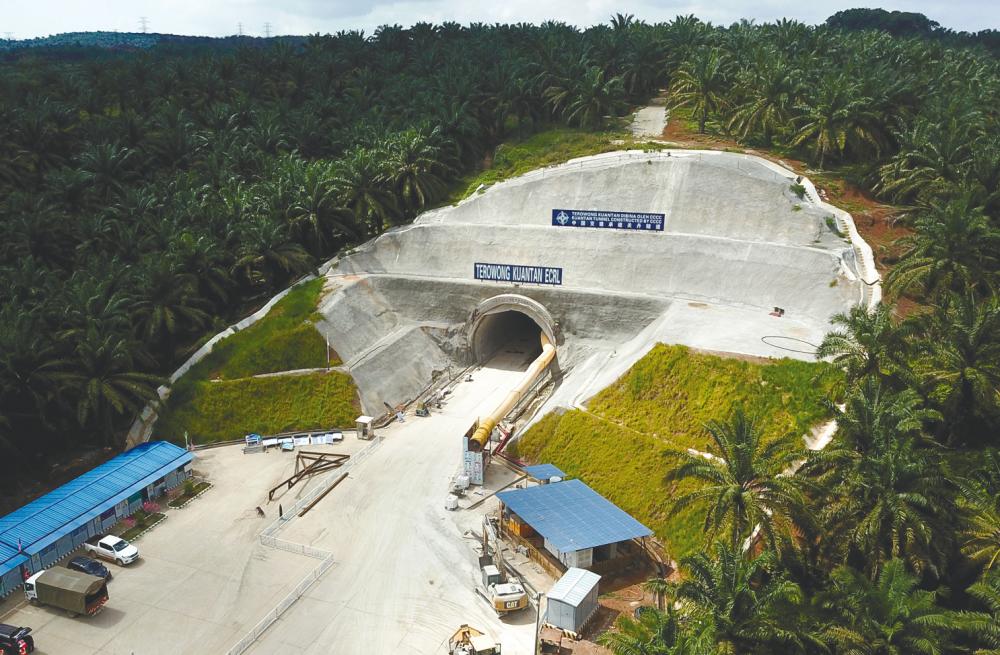 PETALING JAYA: The East Coast Rail Link (ECRL) project is right on track after some nine months of suspension to facilitate renegotiation between Malaysia and China.

Even better, after the project’s realignment, the initial 2,000ha of forest land which needed to be cleared to make way for the ECRL has now dropped to only 276ha, preserving many wildlife habitats.

Malaysia Rail Link Sdn Bhd (MRL) chairman Tan Sri Mohd Zuki Ali said despite major challenges faced during the construction, including the nine-month suspension and strict SOP in view of the Covid-19 pandemic that reduced the working strength and construction timeframe, its team managed to achieve several breakthroughs and the project is now ahead of schedule.

He said the project’s new design philosophy includes the commitment to avoid environmental impacts, especially in preserving wildlife habitats and the safety of wild animals.

“To achieve this, we had to consider project realignment, tunneling, and finally mitigation methods for wildlife crossings,” he said.

“Originally, the project called for Bukit Bauk forest reserve in Terengganu to be flattened. But it is rich in wildlife such as the Malayan tiger. Instead, we took the alternative route to build a tunnel to conserve the forest and wildlife.

“The implication is that the cost had gone up by RM30 million,” he said, adding that MRL agreed to it to conserve our tiger species.

“Overall, the various actions we took to conserve the forest and wildlife resulted in the construction of 58 tunnels, 128km of viaducts, and 20 wildlife crossings,” he said during a presentation at the MRL Media Appreciation Hi-Tea here.

Balamurugan said to avoid forest losses, his team and MRL looked at every problem and concern raised by environmental non-governmental organisations, local authorities, and the forest department over the last four to five years.

The design of the railway tracks, he said, also considered climate change and flood avoidance is a major component of the project.

“The engineers designed the track based on what they called a one-in-a-hundred-year flood (possibility). That is the standard,” he said.

The 665km ECRL is scheduled to be in operations by January 2027. It will traverse Kelantan, Terengganu and Pahang before linking the Klang Valley and the west coast of Peninsular Malaysia.

The mega rail project is reported to reduce travel time from Kota Baru to the Gombak Integrated Transport Terminal by half to just four hours. 1.Malaysian halal players should seize business opportunities in the Netherlands

2.Over 280,000 young M’sians have declared bankrupt, most victims from Selangor and KL