Employers told to send workers for vaccination according to appointments 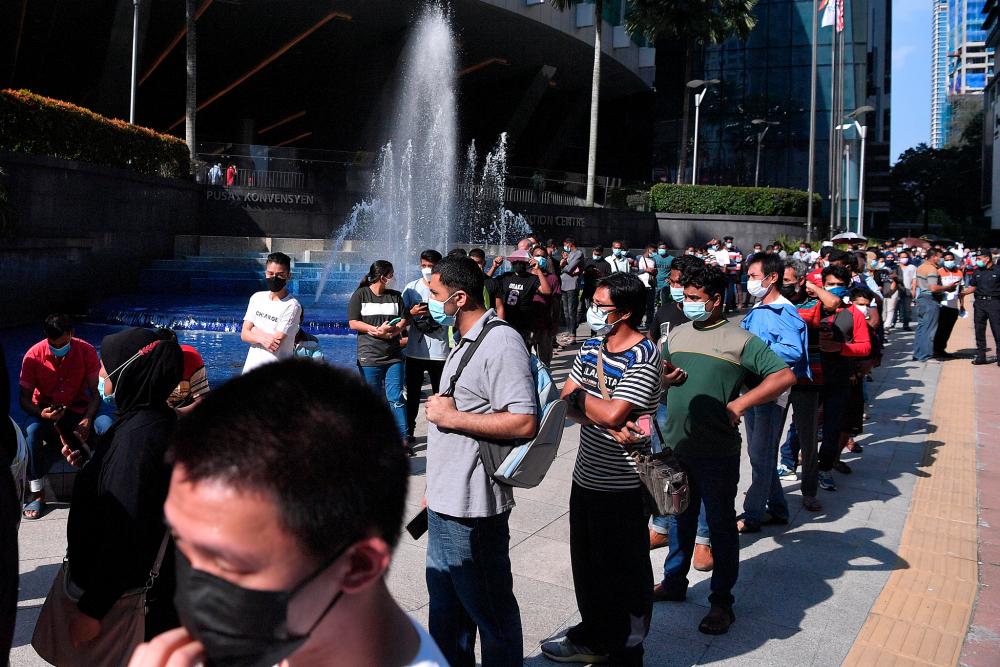 KUALA LUMPUR: Police have advised employers to send their workers, especially foreign workers, for their Covid-19 vaccination at the Kuala Lumpur Convention Centre (KLCC) according to the times given in their appointments to avoid crowding at the centre.

“Many foreign workers from Kuala Lumpur, Selangor and Negeri Sembilan will be sent to the KLCC centre ... employers are asked not to send them too early and to follow their appointments,” Dang Wangi district police chief ACP Mohamad Zainal Abdullah said in a statement yesterday.

A 26-second video showing crowds lining up around the centre in KLCC had gone viral earlier.

Meanwhile, in a separate case, a man who was recorded in a viral video raising his voice to an elderly man was issued a RM1,500 compound for not wearing a face mask.

Mohamad Zainal said the compound was issued after investigations revealed that the 34-year-old did not wear a face mask when presenting a talk at the Kuala Lumpur Homeless transit centre in Jalan Pahang.

“Investigations revealed that the incident happened at 11.30 am on Tuesday (July 27), and we found a 49-second video on social media showing an individual who wasn’t wearing a face mask scolding an elderly man,” he said.

He said the man was slapped with the compound after he was called up to give his statement at the Dang Wangi district police headquarters at about 5.20 pm yesterday. -Bernama