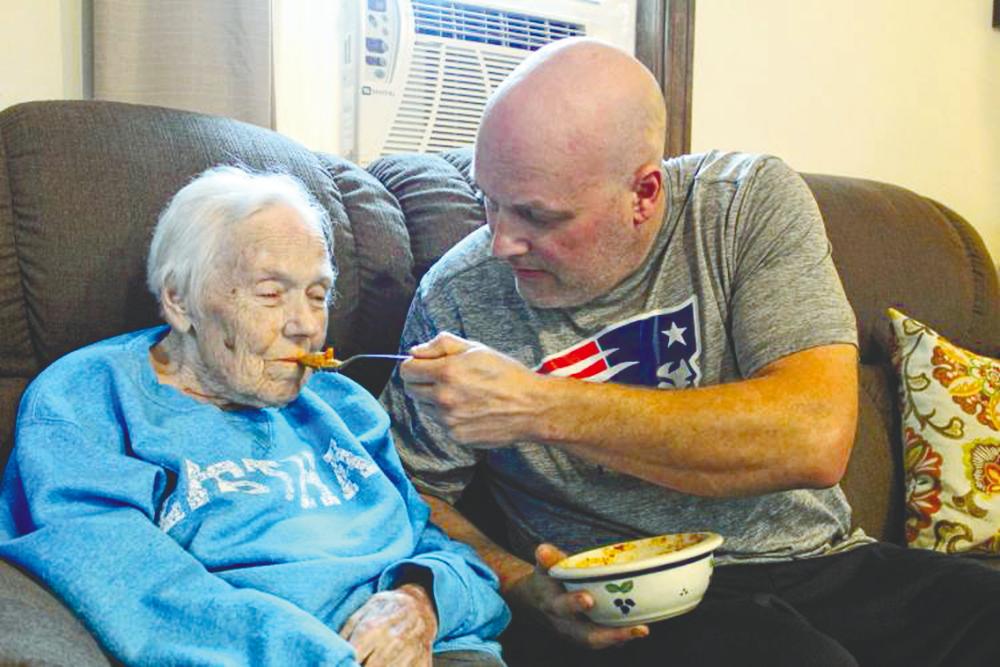 Numerous studies have demonstrated that providing intense and continuous care for a loved one can have an impact on caregivers.

IN an EMIR Research article entitled, “Ageing Population: Catalyst for Health Care-Social Care Nexus” (Oct 19, 2020), we made the case for integrating healthcare with socialcare in view of the demographic shifts.

But there is also a critical need for the state to extend its policy focus to the informal care sector too – not least due to the background or legacy issues of elderly abandonment. This is to ensure the preservation of our core values such as filial piety, and correspondingly balance the policy orientation towards integration with the need to encourage the practice of informal caring of
the elderly.

According to a recent report by the Women, Family and Community Development Ministry, 2,144 elderly patients nationwide have been abandoned by their families in hospitals in the past four years.

Its minister, Datuk Seri Rina Harun, stated that the majority of the next-of-kin i.e. close family members who could be identified and located, declined to take their elders home, citing familial conflicts and a lack of permanent guardianship.

Therefore, due to the changing socio-cultural attitudes and practices, there is a critical need for the rights, interests and welfare of the elderly and senior citizens to be enshrined in legislation – to give statutory effect for their protection.

Towards that end, in order to safeguard and uphold filial piety and basic human rights of the elderly, the government is looking into the Senior Citizens Bill, which is at its early stages of formulation and drafting. The draft is being reviewed by stakeholders.

Deputy Minister of Women, Family and Community Development Siti Zailah Mohd Yusoff was reported as saying that the Bill is scheduled to be tabled in Parliament next year.

According to veteran social activist and former MP, Tan Sri Lee Lam Thye, who is chairman of the Alliance for Safe Community, the idea of a Senior Citizens Act had been mulled 10
years ago.

Its revival is necessary to meet the challenges in our contemporary society, where traditional values and norms are gradually and steadily eroding. Indirectly, this can threaten the social fabric of our society, leading to less cohesion and alienation. This in turn would reinforce the corrosive and scarring effects of materialism and “compartmentalised” secularism on the overall well-being of the individual and society. And, can eventually subvert morally-sensitive values such as empathy, which are fundamental to what it means to be human and humane.

In addition to public policy and legislation, the government must also look into the root cause of the phenomenon of “elderly neglect”. The natural dependency due to ageing of the elderly on their children can also be exacerbated by the lack of adequate or even zero retirement funds as embodied by the Employees Provident Fund (EPF).

According to University of Malaya’s Social Well-being Research Centre social security economist Dr Amjad Rabi, worryingly, a significant number of elderly people are not covered either by EPF or the government’s pension scheme in the form of Retirement Fund (Inc), or KWAP.

He was quoted as saying that “despite the large number of
social assistance programmes, these arrangements by the Social Welfare Department and other authorities, such as Social Security Organisation, or Socso, still exclude a significant share of those who are targeted i.e. this second group of poor elderly people”.

Demographic shifts are also a contributing factor, for example, where there are less children to support the elderly parents. Amjad, in an email interview, also highlighted that “in 2000, there were 16 persons of working age to support each senior citizen in Malaysia. But in 2020, there were only 10, and by 2050, there will only be four to support one elderly person”.

As a result, senior citizens are particularly susceptible and vulnerable to old-age poverty if they are on their own, especially in relation to those
who are from private sectors or
self-employed.

Last year, the EPF warned that 48% of its members under the age of 55 have alarmingly low savings and were at risk of old-age poverty. Consequently, many of the elderly found themselves needing to rely substantially or wholly on their family members.

However, this has a significant impact on caregivers, who are usually employed and are married, with parental responsibilities and commitments. As a result, their productivity at work can be affected or compromised, which can have an impact on their finances.

Numerous studies have demonstrated that providing intense and continuous care for a loved one can have an impact on employment or interfere with work, resulting in shortened workdays, absenteeism, poor job performance or early retirement (see “The impacts of caregiving intensity on informal caregivers in Malaysia: Findings from a national survey”, BMC Health Services Research, 2021).

The National Health and Morbidity Survey 2019 shows that 54.1% of caregivers for high-intensity care are either fully or partially employed and 68.5% are married.

It is also crucial to note that 45.9% of the caregivers are from low-income families. This may correspond to the affordability of formal service institutions for elderly care being inaccessible to this group.

In caring for the elderly, these informal caregivers frequently disregard their own needs. Considerable research conducted in Malaysia has revealed that these difficulties include not only financial insecurity, conflict of family obligations, distraction from workplace responsibilities, but also health issues. Ironically, many of these caregivers end up neglecting the seniors because they are stressed out and cannot cope with the pressure anymore.

Presently, there are only two main sources of financial assistance for the elderly – one direct and the other indirect by policy design, i.e. the Bantuan Orang Tua (BOT) scheme administered by the Women, Family and Community Development Ministry and Bantuan Rakyat 1Malaysia (BR1M).

Within the last decade, both BOT and BR1M have been expanded significantly – akin to “automatic stabilisers” as representing the financial outlay of the government, which increases the deficit and as a kind of a “reverse” fiscal drag – to meet the huge pressure for old age protection.

The country’s ageing population and demographic shifts represent a huge indicator and signal to the government, in the pursuit of its deficit reduction and fiscal consolidation commitment, in that it is unrealistic to aim “too low” a figure as EMIR Research has consistently cautioned before.

At the same time, monetary policy will also have to definitively take note of vis-a-vis the overnight policy rate. In other words, what constitutes policy normalisation will have to be redefined and reconfigured.

A recent Khazanah Research Institute study has estimated that 60.3% of senior citizens are in the B40 group. However, since there is no legal or statutory and, therefore, formal recognition for caregivers, they are not given the necessary resources and support system to discharge their responsibilities and commitment on a sustainable basis.

According to the National Health and Morbidity Survey 2019, the majority of informal caregivers in Malaysia (65.5%) received their primary support from family members, with only sporadic assistance from outside, i.e. the state.

Prominent constitutional expert and jurist Prof Datuk Dr Shad Saleem Faruqi has suggested that the government make it mandatory for children to take care of their parents. He made reference to Singapore’s Maintenance of Parents Act (1995), and said Malaysia ought to follow suit. However, making it a legal or statutory duty for children to look
after their parents is perhaps not yet a viable solution.

Shad Saleem suggested that Malaysians ought to be able to take unpaid time off to care for their ill or infirmed spouse, child or parent(s). In addition, flexible working hours or arrangements, which are already in place due to the impact of the pandemic such as working from home and hybrid schemes, should be readily explored.

A study done in Australia and the UK shows that taking unpaid leave has a greater impact on working hours leave and productivity rates than having flexible working hours when caring for the elderly.

Other than requiring children to look after their parents, Shad Saleem argued that carers also need to be protected by legislation precisely because they are under-appreciated and not recognised as such. According to him, encouraging caring as a new (and emerging) profession is critical.

Malaysia should look to other countries (other than Singapore) as part of the ongoing formulation – which includes consultation – process for the Senior Citizen’s Bill.

For example, in Belgium, informal carers have been legally recognised by the government since 2019. Thus, they can enjoy protection and receive support from the state. Those who are registered as informal carers are able to reduce their working time and are protected against dismissal from work.

The government should introduce a carer’s allowance like in the UK. The carer’s allowance offers financial assistance to informal caregivers, who need not be connected to the elderly person as long as their salary is below a certain amount.

In France, informal carers have the option to reduce their working hours as well as enjoy a medium-term paid-leave benefit, in the form of compensation for up to three months.

Denmark has an Act on Employees’ Entitlement to Absence from Work for Special Family Reasons (2006). Employees have the statutory right to paid leave with no fixed time limit for the care of someone close to dying, subject to eligibility conditions, which could be modified in our context, including the minimum amount of payment or wage conditions. Socso can be a co-payer.

In summary, creating legislation to safeguard senior citizens’ basic rights should also be complemented and supplemented by policy focus and relevant measures to ensure the
welfare and financial situation of informal carers.