Everyone needs a breath of fresh air 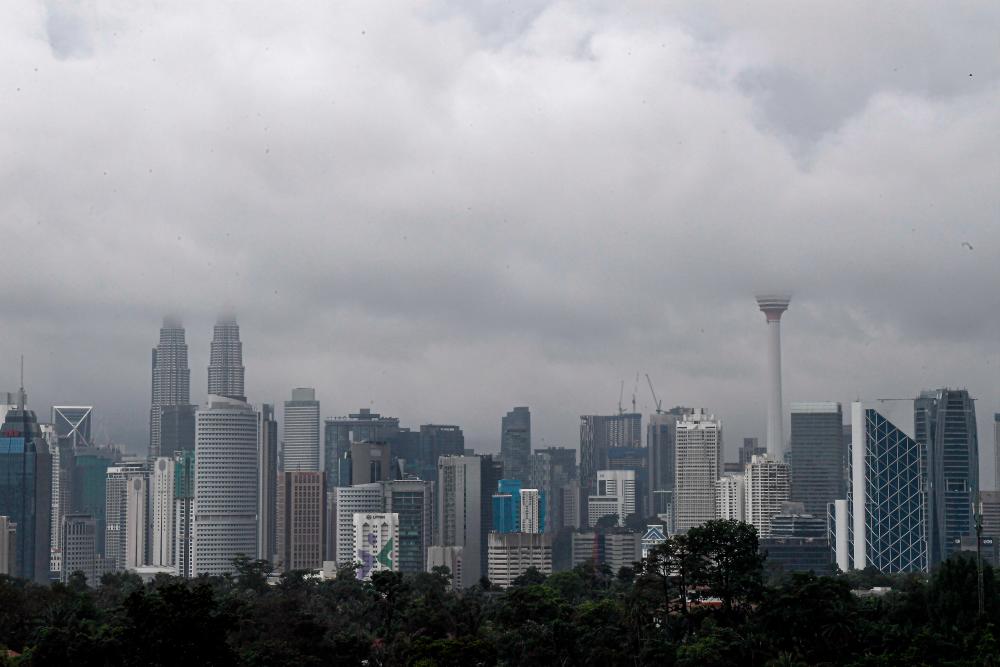 KUALA LUMPUR: There is nothing like having a breath of fresh air going through your lungs. Nowadays that has become a luxury for city folks, in particular.

According to a report by the World Health Organisation (WHO) in 2018, nine out of 10 people breathe polluted air, which kills 7 million people every year; and one third of deaths from stroke, lung cancer and heart disease are due to air pollution.

To raise awareness about the harm caused by carbon emissions, Zero Emissions Day is annually observed by people in many countries on Sept 21, with the main message, “Giving our planet a day off a year”. Another event, Car-Free Day, which is celebrated in some cities and countries on Sept 22, encourages motorists to give up their cars for a day.

In Malaysia, several Car-Free Day programmes were held over the years in a number of cities including Shah Alam, Kuala Lumpur, Johor Bahru, Kuching and Penang. The Shah Alam Municipal Council (MBSA) organised the event in 2017 while the Kuala Lumpur City Hall (DBKL) held its Car-Free Day in 2014.

Senior Fellow at the Institute for Environment and Development (LESTARI), Universiti Kebangsaan Malaysia (UKM) Assoc Prof Dr Ahmad Fariz Mohamed said, the MBSA's programme, which was observed every second Sunday of the month, was part of efforts toward making Shah Alam a low carbon city by 2030. However, the event was not held during the Covid-19 pandemic.

“There was a large turnout from the public with both programmes in Shah Alam and Lumpur given wide media coverage,“ he told Bernama.

On the effectiveness of the programmes from the environmental aspect, Ahmad Fariz said, since both events were limited to only one day and within a specified time, as well as selected roads in Shah Alam and Kuala Lumpur, the overall impact on the respective cities was rather insignificant.

“Efforts by DBKL and MBSA in organising the Car-Free Day on certain days are commendable, but they could only be carried out on weekends, not on working days.

“As such the programmes had no significant impact in terms of pollutant emissions from vehicles given that there was free movement of traffic in other areas which were not involved in the events,“ he noted.

On Zero Emissions Day, which is aimed at reducing air pollution, Ahmad Fariz said there has been no such programme held in Malaysia especially among government agencies.

Ahmad Fariz said, studies have shown that air pollution in urban and industrial areas, caused by the burning of fossil fuels, is worse than other areas. The majority of industrial areas in Malaysia is administered by local authorities (PBT).

“As such the role of local authorities is crucial. Besides the car-free day programme, other aspects aimed at raising public awareness should also be given due emphasis, especially by local authorities with the support of other agencies such as the Department of Environment (DOE) and the Road Transport Department (JPJ).

“Efforts to raise public awareness should be undertaken more extensively. Face-to-face activities as well as community engagement should be initiated on a regular basis. Educational and awareness programmes should also be drawn up based on each community’s needs.

“Programmes for students including those from higher learning institutions, general public, industries and private sector as well as government agencies should be designed to create awareness and promote good practices among the target groups,“ he said.

Available figures show that Malaysian vehicles on the road tend to have higher fuel consumption, contributing the bulk of the nation's total emissions of carbon dioxide (CO2), the main greenhouse gas.

“The 350 per cent growth has contributed to the surge in fuel consumption especially petrol and diesel in Malaysia. Quoting Canadian Minister of Natural Resources, in 2014, one litre of petrol is estimated to produce 2.31 kg of carbon dioxide (CO2) when burned.

“This means that the average Canadian vehicle, which burns 2,000 litres of petrol every year, releases about 4,600 kg of CO2.

He said that the higher carbon emissions released from Malaysian vehicles were also highlighted in the National Transport Policy 2019-2030 by the Ministry of Transport which was released in 2019.

According to the report, the total CO2 emissions per capita in Malaysia was at 7.9 tonnes in 2011, exceeding middle income nations' average emissions per capita of 5.4 tonnes. The carbon emitted from vehicles on the road was a major source of air pollution, contributing 90 per cent (48,200 tonnes) and of the total, 67 per cent were generated from cars.

Without a doubt, the pollution level amid the Covid-19 pandemic, was gradually reduced following the decline in the number of vehicles on highways due to the tough Movement Control Order (MCO) measures enforced since last year and during the National Recovery Plan (NRP) period.

Ahmad Fariz said based on a study conducted by several Malaysian researchers, the MCO's implementation has had an impact on the carbon emissions released by vehicles on the road.

The study revealed that there was a difference in terms of particles released into the air before and after the MCO namely, PMO (fine dust), PM2.5, SO2 (Sulphur Dioxide), NO2 (Nitrogen Dioxide), O3 (Ozone) and CO (Carbon Monoxide).

“The studies were conducted from Jan 1- March 2020 and from March 18-21 April, 2021 in nine towns in Malaysia; Kuala Lumpur, Seremban, Johor Bahru, Kuantan, Kota Bharu, Kuching, Kota Kinabalu, Ipoh and Alor Setar. Findings of the studies showed a significant drop in particles released into the air.

However, Ahmad Fariz said with the easing of restrictions after the MCO in April 2020, the improved air quality was not maintained, no thanks to more vehicles on the road contributing to the air pollution.

Hence, the best way to reduce the air pollution, he said, is through an efficient and integrated public transportation network that can cope with passenger demand, with easy connections across various modes of transport such as buses, taxis and trains.

“Parking provisions are also vital to reduce the number of private vehicles on the road especially in the cities. Other aspects include reliability and timeliness of the public transport system,“ he said, noting that efforts to revolutionise the transportation system are gaining momentum in the Klang Valley, Penang and Johor Bahru.

With an improved infrastructure and upgraded public transportation system, more people would be encouraged to use the public transport, he said, noting that the number of vehicles in the cities, especially during working days and peak hours, would also be minimised.

In addition, environmentally-friendly vehicles such as Energy Efficient Vehicles (EEVs) as well as hybrid, electric and fuel cell vehicles, should also be easily accessible to the public, he said.

Meanwhile, Penang Sustainable Natural Heritage Association (Lekas) chairman Zikrullah Ismail said it is crucial that a sustainable community be created to enable them to have a better understanding on matters and policies related to the greenhouse gas (GHG) mission.

“The people will be more aware of issues related to GHG emissions including carbon emissions as more engagement sessions and policies related to air pollution are implemented at the state and national level as well as by the local authorities,“ he told Bernama.

He said that Lekas is of the view that a more holistic approach to dealing with traffic congestions would be through initiatives aimed at minimising smoke emissions from vehicles.

“In Penang for example, the state government has proposed the Penang Transport Master Plan (PTMP) project with the objective of reducing the traffic congestion.

“Hence, we have sought for details on the traffic dispersal system to be implemented. We need to look at the processes and models used; if it boosts traffic volume and highway infrastructure growth that attracts more private vehicles to be on the road, hence the initiative would have more implications.

“However, we are agreeable to the PTMP if it promotes the use of public transport or car pooling,“ he said, adding that the use of electric vehicles as public transport such as the Bus Rapid Transport (BRT) is the best approach to reduce the air pollution.

Johor Bahru and Kuching have advanced to the autonomous rapid transit (ART) or railless guided bus system, leaving Penang behind in terms of providing a fuel-efficient transport system for the people, he said.

He also said that highway expansion is not the best approach as it actually increases the traffic volume.