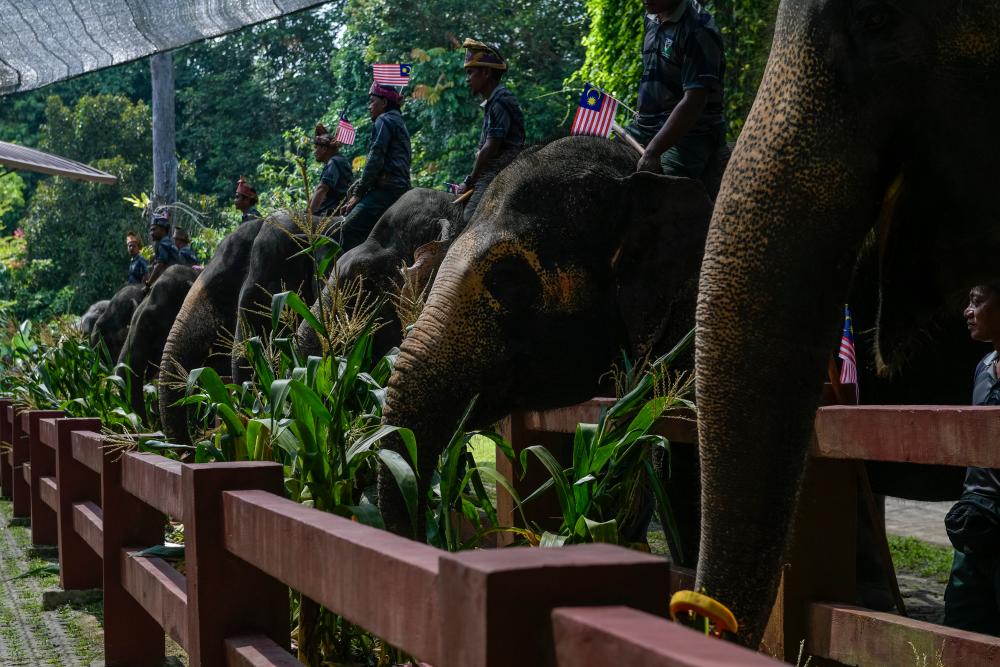 EXIM Bank president and chief executive officer Arshad Mohamed Ismail said as part of the bank's corporate social responsibility (CSR) environment and sustainability efforts, they are proud to continue its support for the care and sustenance of baby Elly, an orphaned and handicapped baby elephant.

Meanwhile, Arshad said the bank's CSR initiatives are anchored on a clear and simple goal which is - to serve - be they clients, shareholders, employees, government regulators or the general public, where the bank aims to serve with honesty, transparency, respect and integrity.

According to the statement, EXIM Bank’s engagement and commitment to wildlife started in 2016 when it sponsored macaws in Zoo Negara and was extended to raising awareness of elephants in conjunction with the WED in 2017 by gifting a prosthetic leg to a handicapped elephant named Selendang, allowing the animal to move easily.

The following year, the bank adopted baby Elly, where it provided her with a prosthetic leg, a portable paddock for her daily mobility exercise and a one-year supply of multivitamins and other supplements, it said.

Elly lost her front lower right foot from a trap laid by poachers and was found unconscious in Kampung Sokut Toku, Tanah Merah, Jeli, Kelantan, before being rescued and transferred to NECC to recover, it said, adding that since 2018, EXIM Bank has continued the care for baby Elly providing replacements of her prosthetics twice a year and the yearly supply of multivitamins and supplements to aid her growth.

The bank focuses on elephant conservation efforts as elephants are important keystone species in the natural ecosystem, making it possible for a myriad of plants and animal species to live in the environment that they are in, which means the loss of elephants gravely affects the biodiversity of the environment and causes major habitat chaos, read the statement.

Meanwhile, Perhilitan director-general Datuk Abdul Kadir Abu Hashim said EXIM Bank has taken the initiative to help Elly recover and lead a normal life by providing prosthetics that costs nearly RM30,000 and needed to be replaced once every six months to accommodate her growth.

“The Wildlife Department hopes that Malaysians from all walks of life will try to cultivate awareness of the richness of our country’s biodiversity and increase knowledge related to the importance of elephant habitat conservation,“ he said in his speech text read by Fakhrul Hatta at the event.

World Elephant Day is celebrated annually on Aug 12 to raise public awareness about the importance of protecting and preserving elephant species.-Bernama