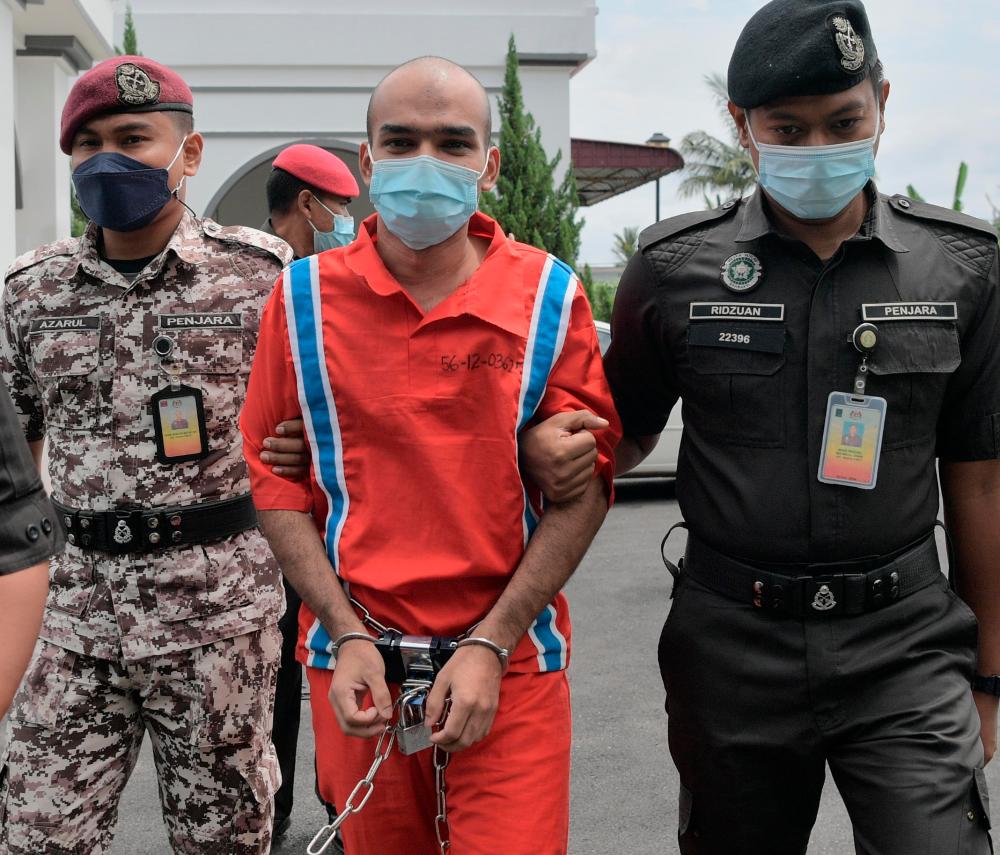 MUAR: The prosecution today applied for a revision of the decision of the Tangkak Magistrate's Court to grant a discharge not amounting to an acquittal (DNAA) on Abdul Hamim Ab Hamid, notoriously known as Long Tiger, for extortion.

The application was filed before Muar High Court Judge Datuk Abu Bakar Qatar who then set June 1 for the decision.

Deputy Public Prosecutor Muhammad Syafiq Mohd Ghazali in his submission said on May 17, lawyer Datuk Shaharudin Ali, who represented Abdul Hamim, 33, requested that his client be released without bail on the grounds that the case was groundless because the complainant or the prosecution's first witness had died.

He said that based on the law, regardless of whether the complainant had died or was still alive, the proceedings would continue unless the charge was incomplete, its meaning was unclear or the accused did not know he was charged with a particular offence.

Shaharudin, on the other hand, argued that if the complainant had died, how would the case be proven.

On May 6, 2020, Abdul Hamim was charged with extortion by intimidating Luqman Hakeem Othman, 20, in order to force the latter’s wife to drop a police report on a case against him.

The offence was allegedly committed at a restaurant in Bukit Gambir, Tangkak, between 7 pm and 9 pm in October 2019 under Section 388 of the Penal Code which provides for imprisonment for up to 10 years and a fine or whipping, if convicted.

However, Luqman Hakeem, a former employee of Abdul Hamim, was involved in a road accident in Tangkak and died at the Sultanah Fatimah Specialist Hospital (HPSF) here on March 23.

On May 17, the media reported that the Tangkak Magistrate's Court granted a DNAA against Abdul Hamim on the extortion charge following an application from the latter’s lawyer.

Earlier today, the Tangkak Magistrate's Court rejected Shaharudin's application for his client to be granted a DNAA on charges of threatening Luqman Hakeem under Section 506 of the Penal Code and confining him under Section 342, on the grounds that the complainant had died.

Apart from the three charges, on Aug 8 last year, Abdul Hamim, who is of Rohingya ethnicity, was also charged with raping a woman on Sept 26, 2019, according to Section 376 (1) of the Penal Code.

Abdul Hamim, who infamously fled while awaiting trial at the Tangkak Magistrate's Court in December last year, was sentenced to 12 months in jail by the same court, after pleading guilty to deliberately fleeing from police custody.-Bernama