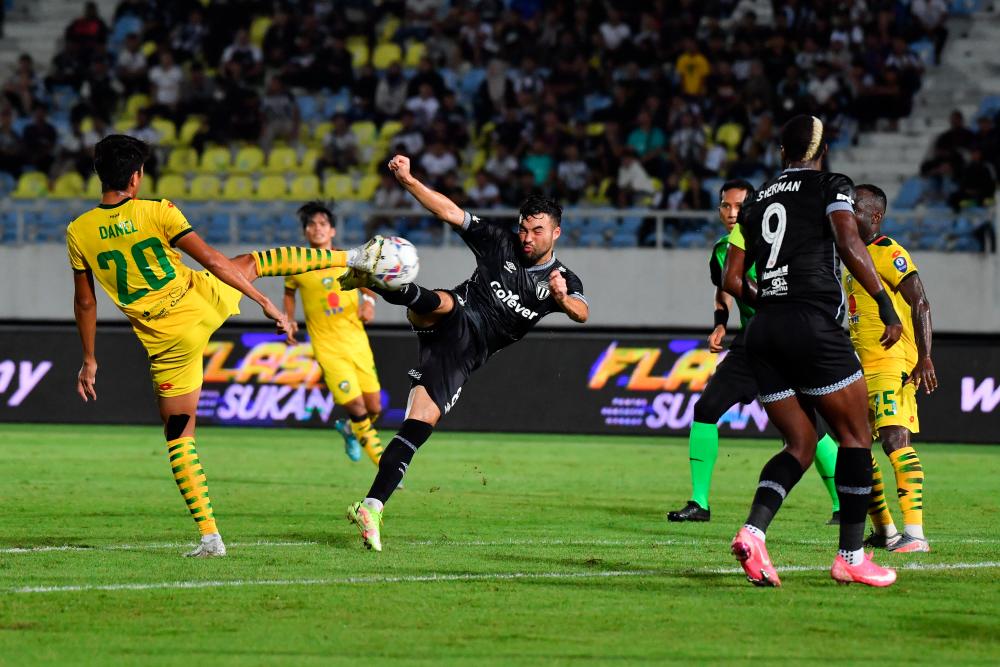 KUALA NERUS: Terengganu FC (TFC) has made it to the quarterfinals after beating Kedah Darul Aman FC (KDA FC) 1-0 in the second round of the FA Cup at the Sultan Mizan Zainal Abidin Stadium here tonight.

The winning goal was scored by midfielder Mohd Faiz Mohd Mansor, who headed in a cross by Mohamad Faisal Abdul Halim in the sixth minute

There was a scare for TFC when they were reduced to 10 players in 51st minute as defender Pape Abdoulaye Diakite was sent off for pulling Wanja Ronald Ngah, denying the latter a goalscoring chance.

However, KDA FC midfielder Mahmoud Nayef Ahmad Almardi could not convert from the ensuing free kick.-Bernama