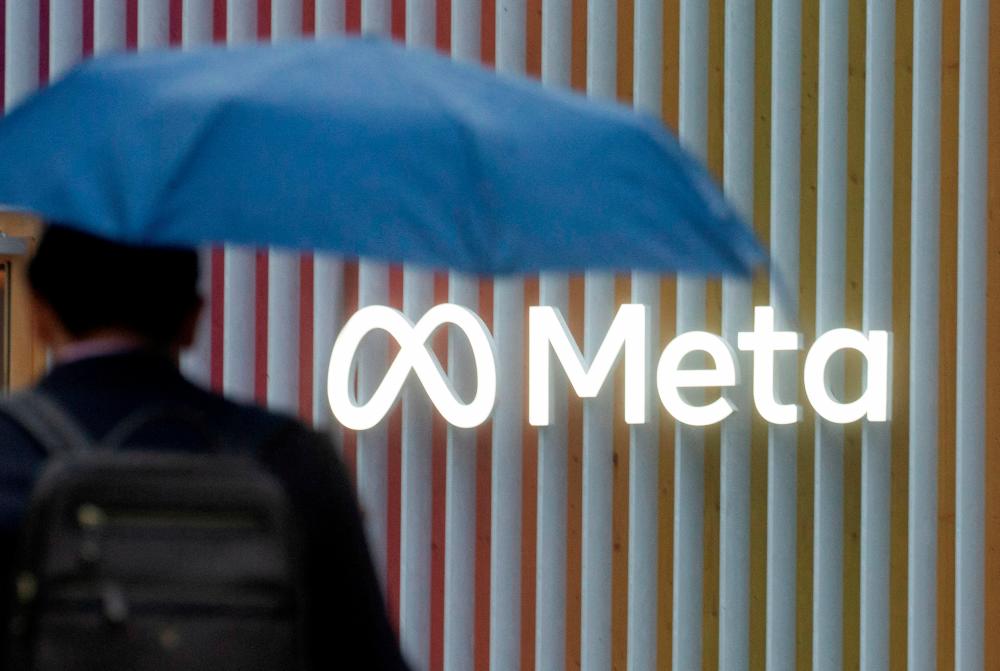 The logo of Meta Platforms is seen in Davos, Switzerland, in May 2022. – Reuters

NEW YORK: Facebook parent Meta Platforms Inc is set to raise US$10 billion (RM44.5 billion) in its first-ever bond offering on Thursday (Aug 4), as it looks to fund share buybacks and investments to revamp its business, according to two sources close to the deal.

The offering, which included bonds with maturities ranging from five years to 40 years, received over US$30 billion of orders from investors, the sources said. They added the demand was skewed towards the longer-dated bonds.

Meta did not respond to a request for comment.

Among big technology companies, Meta had been the only one that did not have debt on its books. Tapping the market now would help it build a more traditional balance sheet. That could give it more financial room as it tries to fund some expensive initiatives, such as its metaverse virtual reality and Reels short video product, at a time its cash pile is depleting, the sources said.

The sources, who declined to be named as they were not authorised to speak publicly, said Meta started working in earnest on the offering over the last couple of months.

It decided to launch the offering after releasing earnings late July, they said. The varying maturities of its offering would give it more funding options in the future, they added.

A recent resurgence in corporate bond markets over the past month after a rout earlier this year amid uncertainty about interest rates gave Meta a window to tap the market now, the sources said.

Hoping the US Federal Reserve's fight against inflation through aggressive rate increases was starting to have some impact, investors have rushed back into the bond market.

This week has been one of the busiest of the year, with US investment grade companies raising nearly US$60 billion in primary bond markets, according to Informa Global Markets data.

Other tech giants such as Apple Inc and Intel Corp also issued bonds earlier this week, raising US$5.5 billion and US$6 billion, respectively.

Bankers and investors said such issuance windows may be fleeting and rare in the coming months. Credit spreads could widen later this year, increasing funding costs.

In late July, Meta posted a gloomy forecast and recorded its first-ever quarterly drop in revenue, with recession fears and competitive pressures weighing on its digital ads sales.

Its free-cash flow has been depleting as it charges ahead with its plans for the metaverse - a transformational bet that led the company to change its name to Meta last year.

In the second quarter ended June 30, Meta had US$4.45 billion in free cash flow, compared with US$8.51 billion a year ago.

The company received an A1 rating from Moody’s and an AA- rating and a “stable” outlook from S&P.