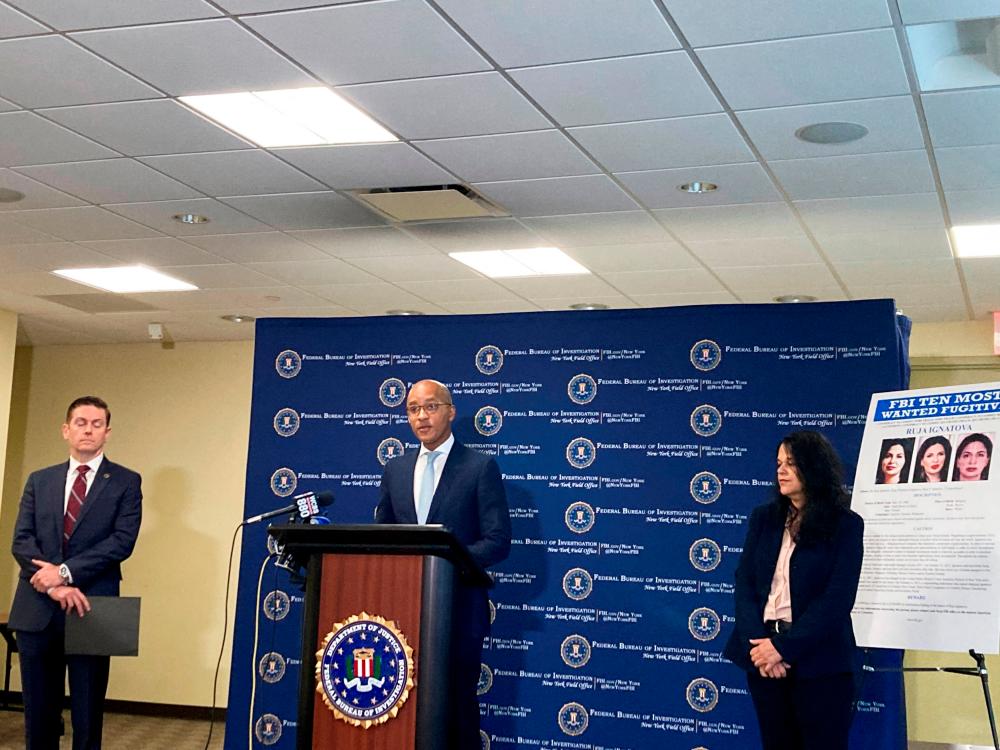 Damian Williams, the top federal prosecutor in Manhattan, speaks at a press conference to announce the addition of “Cryptoqueen” Ruja Ignatova to the FBI’s most-wanted fugitives list, in New York/AFPPix

WASHINGTON: A Bulgarian woman dubbed the “Crypto Queen” after she raised billions of dollars in a fraudulent virtual currency scheme was placed on the FBI’s 10 most wanted list Thursday.

The Federal Bureau of Investigation put up a $100,000 reward for Ruja Ignatova, who disappeared in Greece in October 2017 around the time US authorities filed a sealed indictment and warrant for her arrest.

The 42-year-old, who is also a German citizen, was behind one of the most notorious scams in the frequently treacherous world of crypto currencies.

In 2014 she launched OneCoin, ostensibly aiming to replace Bitcoin as the world’s leading virtual money.

Tapping a global network to market the coin to friends and family in exchange for their own payouts, she and co-conspirators pulled in at least $3.4 billion and possibly over $4 billion, according to court documents.

Officials said that OneCoin was not backed by any secured, independent blockchain-type technology as other crypto currencies are.

Instead, they said, it was a classic Ponzi scheme, in which early investors are encouraged to find others and then paid out by receipts from later investors.

“OneCoin claimed to have a private blockchain,“ said FBI Special Agent Ronald Shimko in a statement.

“This is in contrast to other virtual currencies, which have a decentralized and public blockchain. In this case, investors were just asked to trust OneCoin,“ he said.

Ignatova disappeared in 2017 as international investigators began to close in on her group.

“Investigators believe Ignatova may have been tipped off that she was under investigation by US and international authorities,“ the FBI said Thursday.

On May 11, Europol announced it had added Ignatova to its most wanted list, and offered a 5,000 euro ($5,200) reward for information on her whereabouts.

But on Thursday she was no longer on the list. It was not clear why or when she came off it, and authorities in Europe and the United States have not shown evidence of whether she is alive or dead.

Her brother Konstantin Ignatov was arrested at Los Angeles International Airport in March 2019, and later pleaded guilty to wire fraud in a deal with US authorities.

His sentencing has been delayed for what the Justice Department said in court filings was ongoing cooperation in the investigation.

Another partner, Sebastian Greenwood, was detained in Thailand in 2018 and then extradited to the United States, where he remains in jail awaiting trial.

Another accomplice, US attorney Mark Scott, was convicted in November 2019 of laundering $400 million for the group.-AFP