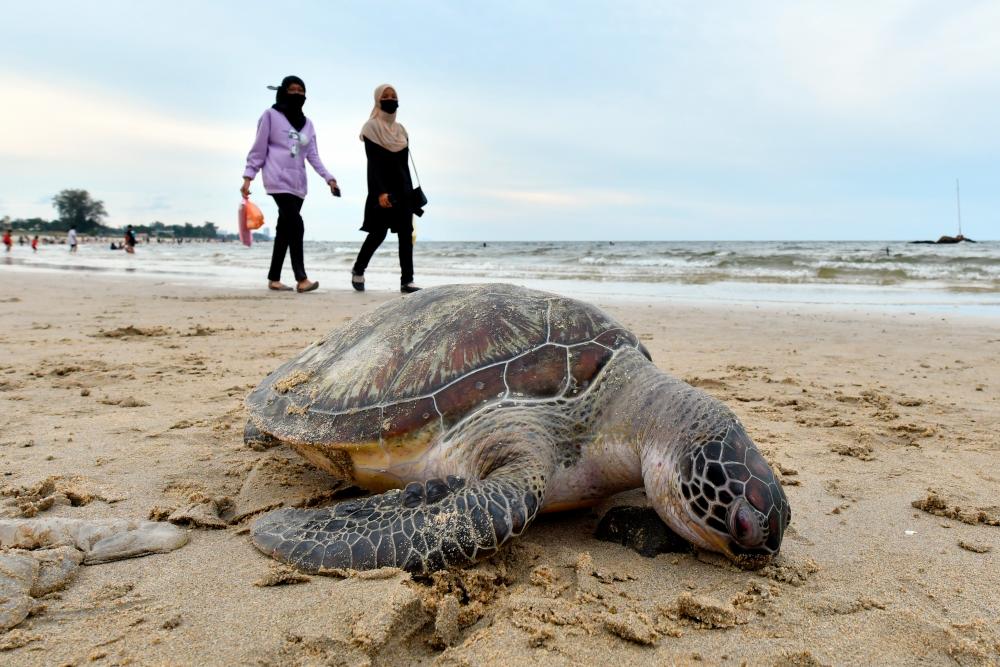 KUALA TERENGGANU: A female green turtle was found dead on the beach at Pantai Pandak near Chendering here yesterday.

Terengganu Fisheries director Ruzaidi Mamat said the department was informed of the discovery at 5.18 pm and a team was sent to the location.

“Upon examination, the turtle, weighing about 15 kilogrammes and estimated to be between four and five years-old , was injured on the eye.

“The cause of death could not be determined, but I believed it could be trapped in a fishing net,” he said when contacted today.

He said the turtle was the buried at Pantai Pandak.

“It is the 38th death of the green turtle recorded this year,” he said, and advised the public to contact the nearest Fisheries district office or call 03-88885019 should they spot a turtle that is stranded, or a dead one, on the beach. -Bernama

Govt allocates RM21 mln for PEKB training for B40 group

4.Not content with just homes and shops, man breaks into PPV in Mersing

5.Govt allocates RM21 mln for PEKB training for B40 group