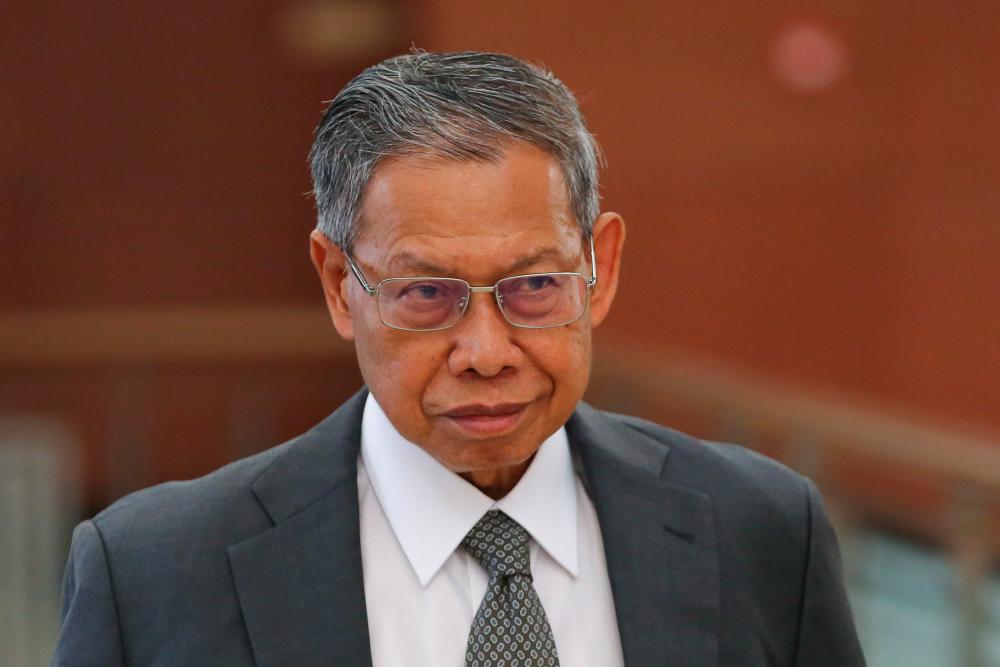 KUALA LUMPUR: A study has revealed that low-income households were disproportionately affected by the Covid-19 crisis, with female-headed households and households headed by people with disabilities reporting the deepest and most negative impact.

Minister in the Prime Minister’s Department for Economic Affairs, Datuk Seri Mustapa Mohamed (pix) said the situation of these groups, however, has improved since the first survey of the study titled ‘Families on the Edge’ was conducted in May 2020.

“Nonetheless, these levels are still higher than the national average as a large percentage of them are involved in the informal sector.

“This is consistent with the government’s own findings that Malaysians in the informal sector have been the worst affected by the pandemic,“ he said in his speech when virtually launching the report here.

The research project was commissioned by United Nations Children’s Fund (UNICEF) and United Nations Population Fund (UNFPA) to support evidence-informed policy-making and public dialogue on the impact of the Covid-19 pandemic on women and children in low-income urban families in Malaysia.

Mustapa further said the study showed that the government should put a more concentrated effort in ensuring that the vulnerable communities would have better access to social security and social protection.

According to the study, 45% of employed heads of households are not registered with either Employees’ Provident Fund (EPF) or Social Security Organisation (SOCSO).

He also noted that most households have recorded an improvement in their income as a result of the various cash transfer programmes under the government’s stimulus measures.

Overall average household income recorded an increase of 4% compared to 2019 levels, while median household earnings have recovered to below 5% of 2019 levels, compared to a one-third decrease during the initial stage of Movement Control Order (MCO) in May 2020, the study noted.

Meanwhile, the study also highlighted the issue of the nutritional intake and access to education for children, which uncovered a disturbing fact on nutrition where six in 10 respondents were unable to purchase enough nutritional food for their families.

One in three respondents meanwhile reported difficulties in providing enough money for their children to buy meals at schools.

“This is worrying since any deprivation of nutrition for our children will undermine their capacity to grow, develop and learn to their full potential.

“This deprivation is detrimental to child development and will have an impact on their future,“ said Mustapa.

Besides, parents also reported considerable barriers to effective home learning, where only 35% had access to an appropriate device while a majority relied on using smartphones to access online content provided by their schools.

Nonetheless, six in 10 parents commended EduTV, and said that the government’s TV Education programme had been helpful to their children.

On another note, the MCOs also had an adverse impact on mental health with one in four respondents reported being depressed.

“The government needs to continue monitoring the situation and come up with appropriate responses in the weeks ahead.

“While we continue to navigate the challenges stemming from Covid-19, we should not let our guard down in the effort to protect and promote the well being of those who are most vulnerable.

“This study is vital in guiding us on how to do just that,“ Mustapa added. — Bernama