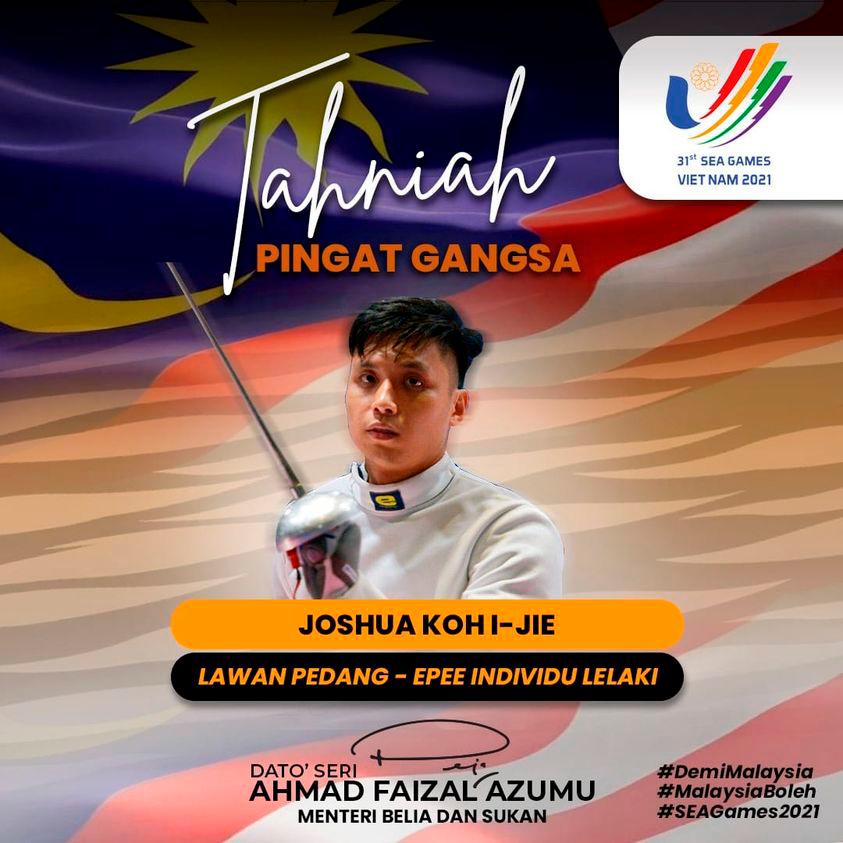 HANOI: Reigning silver medallist Joshua Koh I-Jie arrived at the 31st SEA Games here with the target of taking the gold in the men's epee event.

However, the 32-year-old fencer had to be satisfied with bronze after losing 5-15 to Jose Noelito Jr of the Philippines in the last four stage, to share the medal with another losing semi-finalist Simon Renjie Lee of Singapore.

Vietnam’s Nhat Nguyen Tien then bagged his fourth consecutive gold medal in the event, defeating Jose 15-11 in the finals at the Hanoi Indoor Games Gymnasium.

Despite the heartbreak of being unable to clinch his second gold in the biennial Games, Joshua now remains highly spirited to bounce back and perform better in the men’s team epee.

“Definitely feel disappointed with the results as I feel that, I could have done better. Need to start analysing and working on things that went wrong in the bout, then work on solutions to do better in the future,” he told Bernama.

After having competed in SEA Games since his debut at the 2007 Korat edition, Joshua has bagged one gold, one silver and four bronze medals in total.