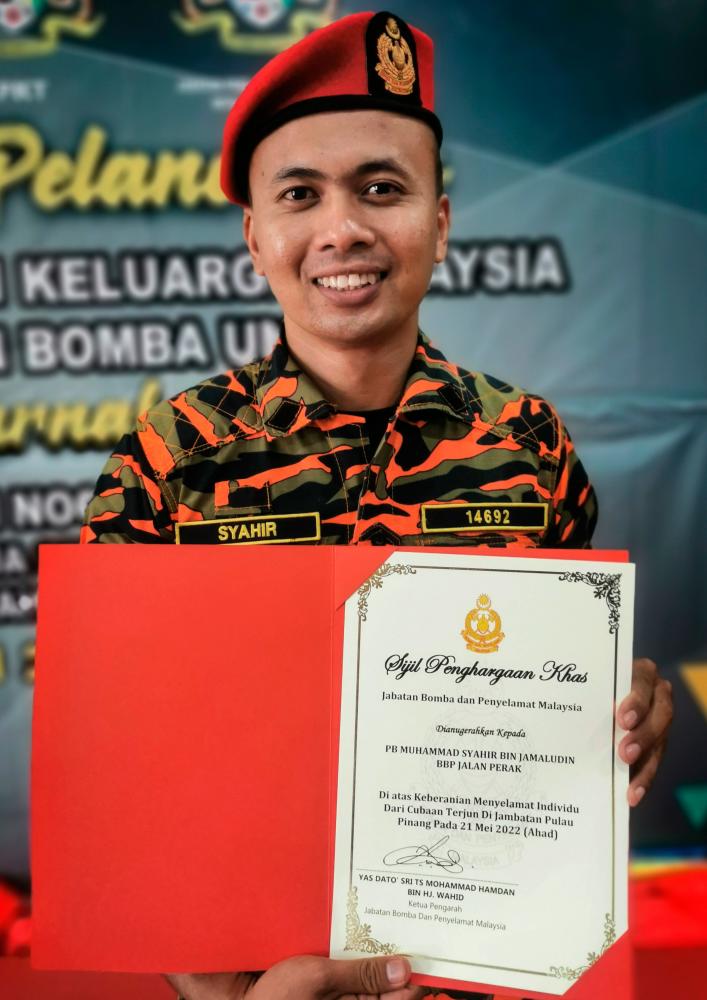 KEPALA BATAS: The firefighter who saved a woman from jumping off the Penang bridge received special recognition in conjunction with the 2022 World Firefighters Day Celebration today.

Muhammad Syahir Jamaludin(pix), 31, said he was grateful for the recognition and pleased to be able to to elevate the image of the Malaysian Fire and Rescue Department (JBPM).

“I was on my way home on the island from Seberang Prai at about 3pm. I decided to stop by the roadside when I saw the commotion on the bridge.

“I saw a woman was attempting to jump (from the bridge) and some members of the public were coaxing her not to. I just put into practice what I had learnt through the training conducted by JBPM,” he told reporters after receiving a special certificate of appreciation by Housing and Local Government Ministry secretary-general Datuk M Noor Azman Taib today.

Muhammad Syahir, from Kedah, has been a firefighter for 12 years and is currently attached to the Jalan Perak Fire and Rescue Station.

Yesterday, a video of the incident showing the firefighter rushing towards a woman who was standing on the edge of the Penang Bridge was shared widely social media.-Bernama