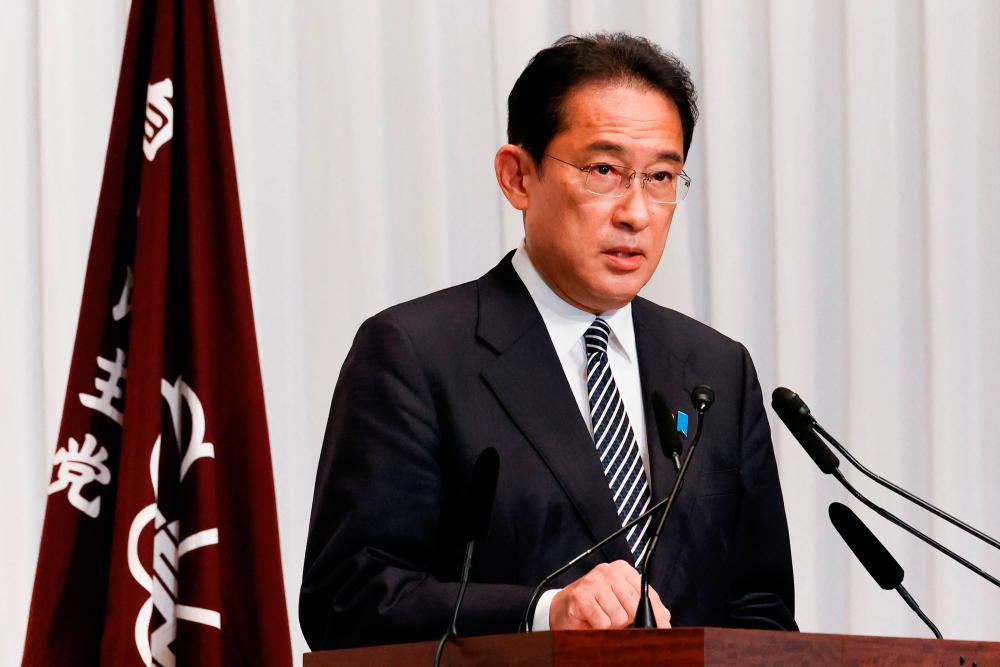 TOKYO: From tackling the virus to dealing with geopolitical threats and working on Japan's climate goals, Prime Minister Fumio Kishida will have plenty on his plate as he begins a new term as leader of the world's third-largest economy.

Here are some issues Kishida will need to address:

Kishida has promised “large-scale” stimulus to counter the economic effects of the pandemic.

Businesses are awaiting details after two years of on-off restrictions that have throttled the tourism and entertainment sectors.

But he has also pledged a fairer distribution of economic benefits throughout society, saying he wants to “create a new capitalism”.

Daily virus cases in Japan have plummeted from record highs in August, even though no strict lockdowns have been imposed since the pandemic began.

Experts credit a rapid increase in the vaccination rate, with more than 70 percent of the population now fully inoculated and booster shots set to begin in December.

While curbs on nightlife and crowd sizes are now being lifted, Japan's border remains closed to most foreign nationals.

The popularity of Kishida's predecessor Yoshihide Suga tanked partly due to his virus response, highlighting the difficulty of balancing public health and economic concerns.

But the new prime minister has promised to make the fight against Covid-19 his “top priority”.

North Korea has fired several missiles in recent weeks, while an increasingly assertive China has ramped up its military manoeuvres in the Pacific.

Japan has begun to issue more direct statements about its concerns over Taiwan, and Kishida said he intends to meet key allies “as soon as possible”.

Japan's ruling Liberal Democratic Party has said it wants to increase and possibly even double Japan's military budget -- a sensitive issue as the post-war constitution limits it to a defensive role.

Japan is regularly criticised for its dependence on fossil fuels, in part because many of its nuclear reactors have remained offline since the Fukushima meltdown a decade ago.

Kishida has pledged to “take a leading role in working towards zero emissions in Asia”, and is set to travel to COP26 in Glasgow this week.

He is in favour of restarting reactors, in order to reach Japan's new climate goals while reducing its dependence on imported power.

But the subject remains sensitive in the wake of the Fukushima catastrophe.

Japan is the only G7 government that does not recognise same-sex marriage, and Kishida has said he has “not reached a point for accepting” it.

But a poll by the Yomiuri newspaper last year found that 61 percent of people in Japan were broadly in favour of same-sex marriage, with 37 percent against.

A court also ruled earlier this year that Japan's failure to recognise same-sex marriage was unconstitutional, in a landmark first verdict on the issue.

Kishida has taken a softer stance on allowing married couples to keep separate surnames -- another controversial issue in Japan -- saying it is “important to advance discussions”.-AFP