Five men arrested for alleged misappropriation of diesel in Malacca 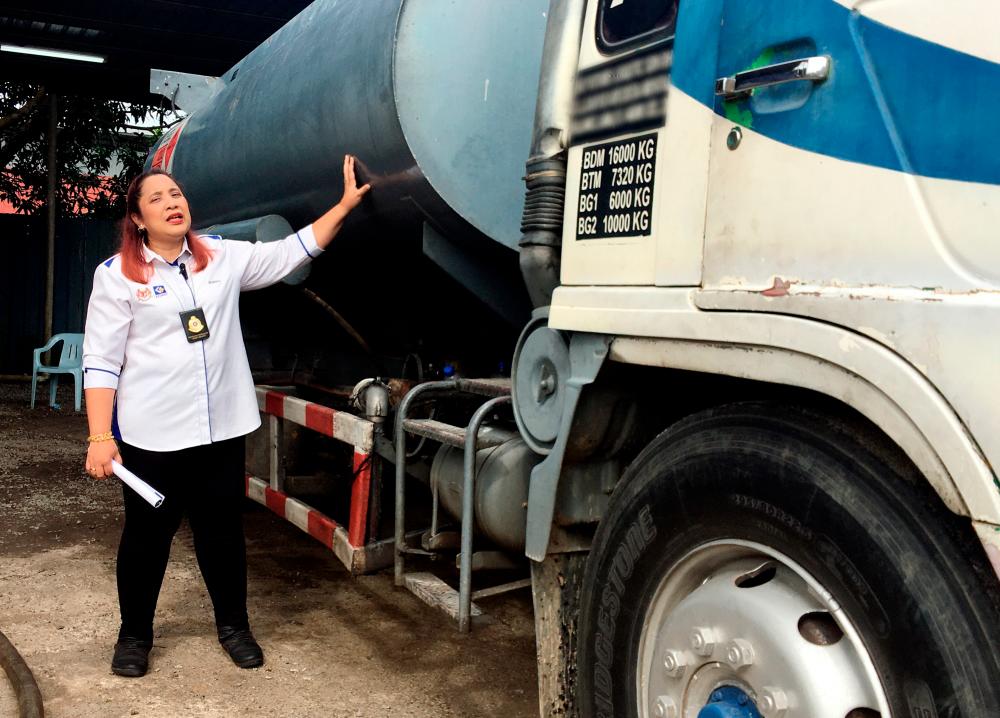 MALACCA: The Malacca enforcement division of the Domestic Trade and Consumer Affairs Ministry(MDTCA) thwarted an attempt to misappropriate12,000 litres of diesel, with the seizure of the fuel in a raid at the Krubong Industrial area at about 2 pm yesterday.

Its director, Norena Jaafar said the raid was conducted with the cooperation of the police after two weeks of surveillance.

She said two tanker lorries, skid and square tanks, as well as other tools and equipment used to transfer the fuel were also seized, with the total seizures valued at RM186,000.

Based on investigation, it was found that the modus operandi of this syndicate was to fill up the tankers with diesel for between RM300 and RM500 at every petrol station and then returned to the store where the fuel would be kept in storage tanks to be siphoned to the buyers, comprising industries, for RM4.15 per litre, she told reporters here today.

She said three local men and two Bangladeshi nationals, aged between 37 and 55, were arrested and in remand for four days from today for investigation under Section 21 of the Control of Supplies Act 1961.-Bernama