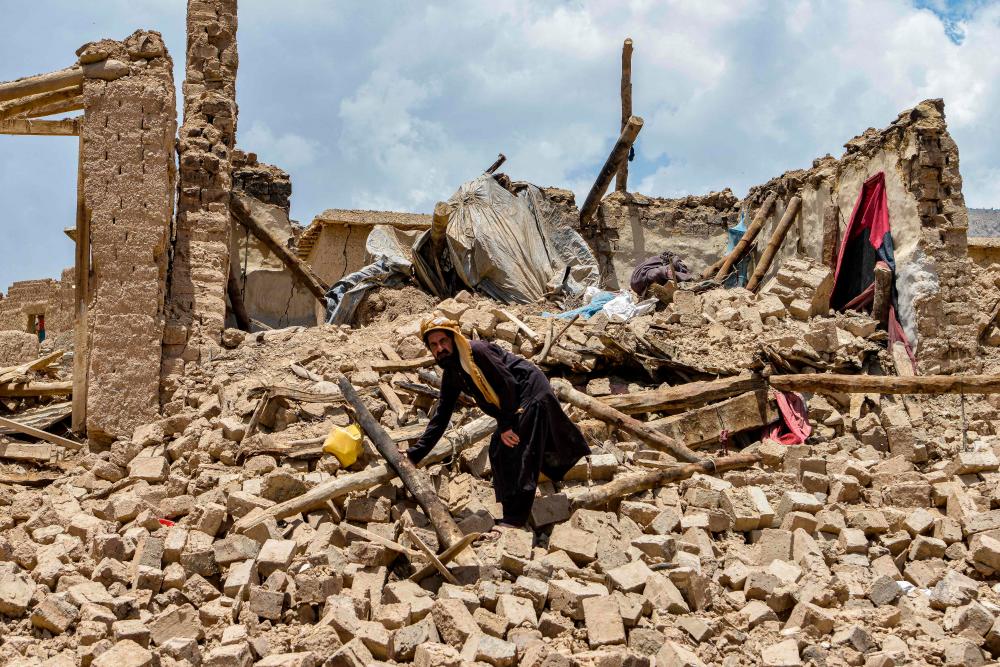 KABUL: Five people died and more than 10 others were injured on Friday in an earthquake in the eastern Afghan province of Paktika, Sharafat Zaman, a spokesman for the Afghan ministry of health told Sputnik.

Earlier on Friday, a magnitude 4.3 earthquake struck near the Afghan-Pakistani border at 01:43 GMT. The earthquake source was at a depth of 10 kilometers (6.2 miles).

“Unfortunately, we again have bad news from Paktika. Today at 10 am (5:30 GMT) there was another earthquake in the Gayan region,“ Zaman said, adding that more than five people died, and more than 10 people were injured.

On Wednesday, a powerful 6.1 magnitude earthquake struck eastern Afghanistan, leaving over 1,000 killed and 1,500 others injured. The provinces of Paktika and Khost bordering Pakistan were among the worst affected areas. Taliban leader Hibatullah Akhundzada has urged the international community and humanitarian organisations to help Kabul deal with the consequences of the earthquake.-Bernama