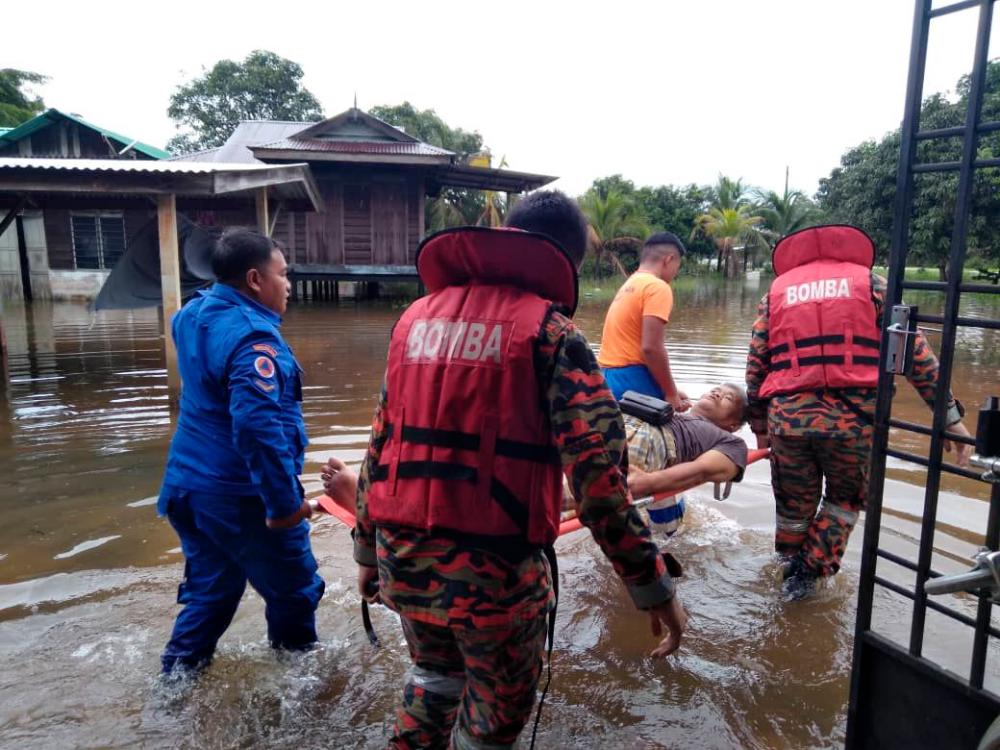 JOHOR BAHRU: The number of flash flood victims in two districts of Johor increased to 222 as of 4 pm today, compared to 194 people recorded this morning.

In a statement, the District Disaster Management Committee (JPBD) said a total of 97 victims from 21 families are still at a relief centre (PPS) that opened in Sekolah Kebangsaan (SK) Sungai Suloh in Batu Pahat.

JPBD, however, said a PPS in Pontian was closed after the victims housed at Sekolah Agama Kayu Ara Pasong returned to their homes since flood waters had receded.

“So far, four PPS are still operating. The two in Batu Pahat are Sekolah Agama Seri Bengkal and SK Bintang Peserai, while in Pontian, Pusat Kokurikulum Johor, Sungai Tempayan is operating,” it said.

According to the JPBD, seven areas in Johor were reported to be affected by flash floods following heavy rain from 6.30 am yesterday.

In Batu Pahat, the state government will allocate RM800,000 for maintenance of drainage systems and reconstruction of a collapsed bridge.

Mohd Fared, who is state Islamic Affairs Committee chairman, said he would also discuss the implementation of cleaning works for drains, and repair and maintenance of water gates and water pumps.

“As the budget for such works is quite substantial, we will discuss it first with the state government,” he told reporters.

He had earlier accompanied Menteri Besar Datuk Onn Hafiz Ghazi on a visit to the flood relief centre at Sekolah Kebangsaan Peserai.-Bernama